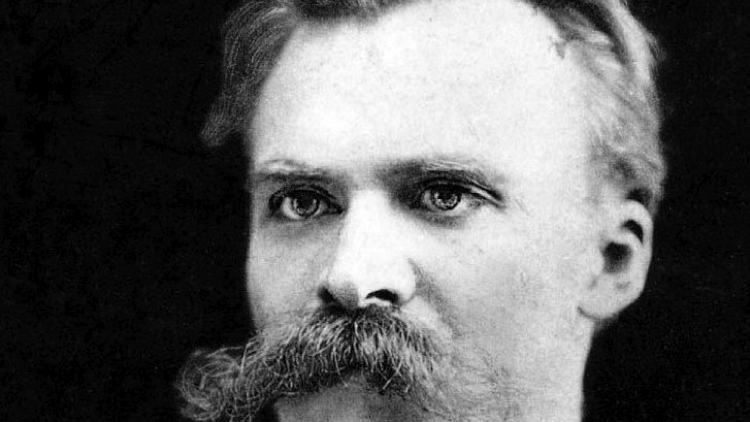 Previously, when grappling with the topic of transience, I explored the agony of death. We innately cling onto the idea of continuance and refuse to let go of loved ones who will also pass. Nature, ignorant to our wishes, is harsh and ruthless; it knows no fairness.

Now I come face to face with experience. Is there meaning in our brief and fatal existences? Or are we passengers in a meaningless world?

In the existential view, primarily ontology, we exist first; what ensues, in essence, is a lifetime of shaping who each of us is. We achieve this with observation, reaction, and adaption of our worldviews, through which objectivity isn’t necessary to enrichen our conscious experiences.

Existence can’t be understood in terms of matter alone: as human beings, we understand it through self-awareness of our own being.

We act as individuals. Rules are arbitrary and idealised; freedom is absolute. Beliefs and virtues are born within. We are responsible for our faults; there is no fortune or misfortune. We are the children who ask questions about the world; we are disorientated until we discover their answers. Experience is the search for true self—personal meaning in life—where we, as subjects, attach meaning to objects around us.


2001: A Space Odyssey (1968): cinematic, immaculately scored, timeless, symbolic, evocative, visceral. In its exploration of truth this film strips away what we notionally think matters, taking us on a journey along with David Bowman (Keir Dullea) to the abyss of reality. His life is stripped away before his eyes and re-fabricated; our minds are reassembled in the process. At the end of the journey you find the greatest purpose of all: yours.

There are only semblances of universal meaning: relics, artefacts, souvenirs—useless tokens of bygone eras. We conceive our worlds by ourselves. Everything else is pretence: gold, the sheen we apply to life to contrive ‘value’. Our only true knowledge stems from conscious experience, of times gone by, and imagination. There is no substance.

Overwhelming powers pronounce common goals for universal gain. But to declare such universality is to purchase meaning for us—an outlook which devises a world in which we are treated as objects of others’ ideologies; where, in constructing complex sets of rules, we are dehumanised by external forces; coerced into a single direction.

A reality moulded by the individual is unbounded and blissful. We each create meaning and purpose and put ourselves at the hearts of our endeavours, bearing a mask of expressed unique identity and individuality. Fundamentally, our personal relationships with people and our pursuits, no matter how beneficial they are to others, are designed for ourselves. There never comes a point in our lives when we’re not trying to find or fix something in this vein.

But, by operating as mere individuals, there is nothing to accompany us in the dark. The freedom and self-awareness which afford us such creativity and control are offshoots of an intrinsically cold and bleak world, in which our human desires are immaterial to everyone and everything else. Free will, an illusion or not, is predicated on isolation from external control. But such control would provide inherent meaning to what we practise. Sheltered within ourselves, where do we find meaning without the external world? 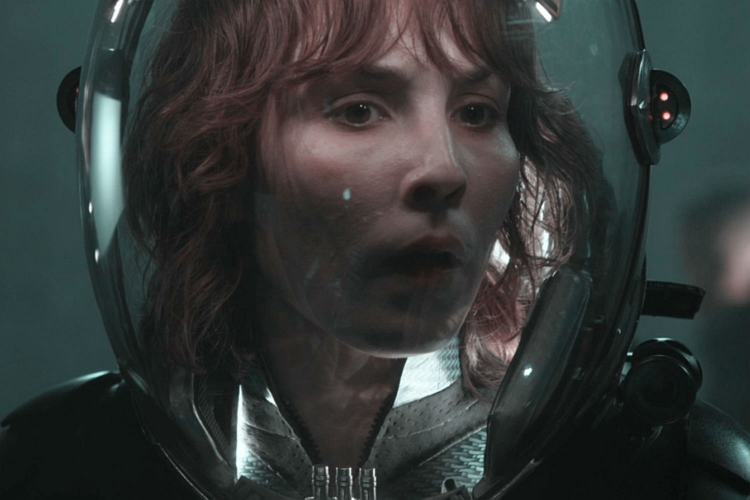 In Prometheus (2012): Elizabeth Shaw (Noomi Rapace) reaches a fundamental point of loss. Yet she is still adamant in her search for the maker of the human race: 'If you're receiving this transmission, make no attempt to come to its point of origin. There is only death here now … And I am still searching.' Like Shaw, many of us crave meaning. Sometimes it can be catered for by a grand force: by believing we hold a rightful purpose in this world. But does any search bear fruit?

Why are we here? What’s our purpose? It’s punishing to believe that there is intrinsic meaning in our lives, as a creator or universal way of doing things would provide, when we populate a callous universe which shows no mercy. Life is awash with brutality. Mourning and melancholy demonstrate the consequences of building meaning and then swiftly losing it. Enveloped by transience, we are devoid of truly lasting connections in the vacuum of a cosmos completely divorced from our conscious wills to live and love forever.

Nature is unjust: we die and we don’t live to see anything flourish to the end—and nothing ever will.

The idea of an optimistically free human spirit in existentialism is crushed by nihilism. Objective meaning, purpose, and morality—these are pretences of collectivism. Substituting existentialism’s personal meaning for intrinsic meaning, during our short-lived and terminal experiences, is utterly pointless too: the Universe still owes nothing to anyone and any ‘meaning’ superimposed upon its vacuum is artificial in construction.

Hope of there being something out there, a fightback, is a feeble and self-defeating response. It nurtures existential angst as we fight for truths that can’t be obtained. Dread is the bodily reaction: discomfort and distress in the face of nothing, where false hope once was; the expending of mental strength; the eventual realisation that there is no intrinsic or extrinsic meaning as objects transiently pass. Hope’s forged reality only incubates insecurity—a reflection of the lack of confidence we have in the realities we build.

Hopelessness, the cure of nihilism, is another option. That is, what is is. Everything else is constructed and will diminish in the end. But admitting this fact will bring relief. A nihilistic outlook needn’t embody misery, though. The path of nihilism rips apart the existential apprehension at meaning’s foundation. It forsakes the primal pangs of doubt and anxiety by accepting that life is intrinsically meaningless.

There is incredible power in this loss of fear. 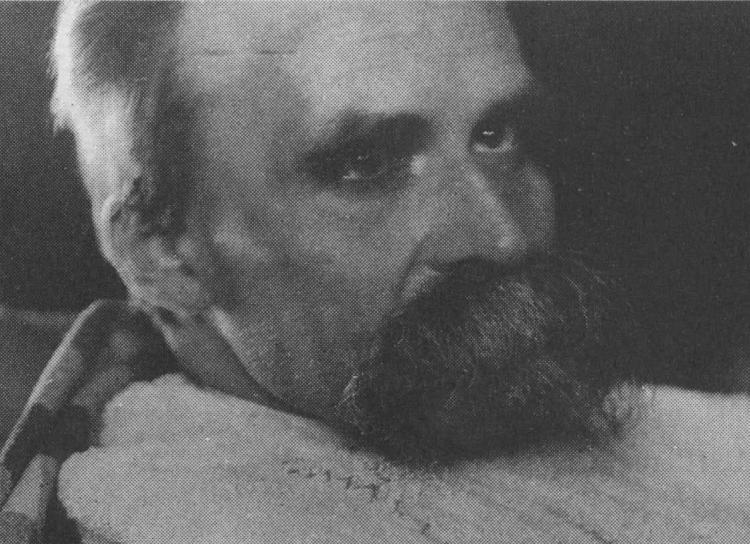 Nietzsche amid a mental collapse. Earlier in life, equipped with more sleight of thought, he declared: 'I praise, I do not reproach, [nihilism's] arrival. I believe it is one of the greatest crises, a moment of the deepest self-reflection of humanity. Whether man recovers from it, whether he becomes master of this crisis, is a question of his strength!' — Friedrich Nietzsche, The Complete Works of Friedrich Nietzsche

In acceptance we alleviate the tensions which burden the curious human spirit; we refuse to create meaning in bad faith because there really is none.

A nihilist is consoled by the idea that everything is pointless in the end. To pretend there is a meaning to life is to precariously hold on to tortuous falsehoods and participate in fantasy. With ‘meaning’ we are still directionless and controlled by overbearing constructs. Rejecting it entirely is to truly find freedom.

We're human after all

Ultimately, there’ll inevitably come a time when life becomes stagnant: when self-awareness kicks in and we start to believe that there’s nowhere left for us to go. We’ll suffer from the torrid ponders of existential crises, forcibly stricken by depression, and be eaten alive by dread. Was it all for nothing?

Body declines and mind deteriorates—but the end of desire arrives first. Reluctantly, we let youth—dreams, hopes, plans—fade before they are really eclipsed.

Perspective of reality isn’t static: the passage of time tends to feel quicker with time, accelerating. The mind is increasingly informed by perceptions of ‘short’ experiences and long-ago events even though the Universe as a whole remains unbroken and eternally consistent.

Eventually, we have nowhere to progress. We look back and count the years that have passed as wasted opportunities are lamented. A dead end approaches fast and there’s not much time left. Suddenly, the meaning we’ve always felt evaporates. 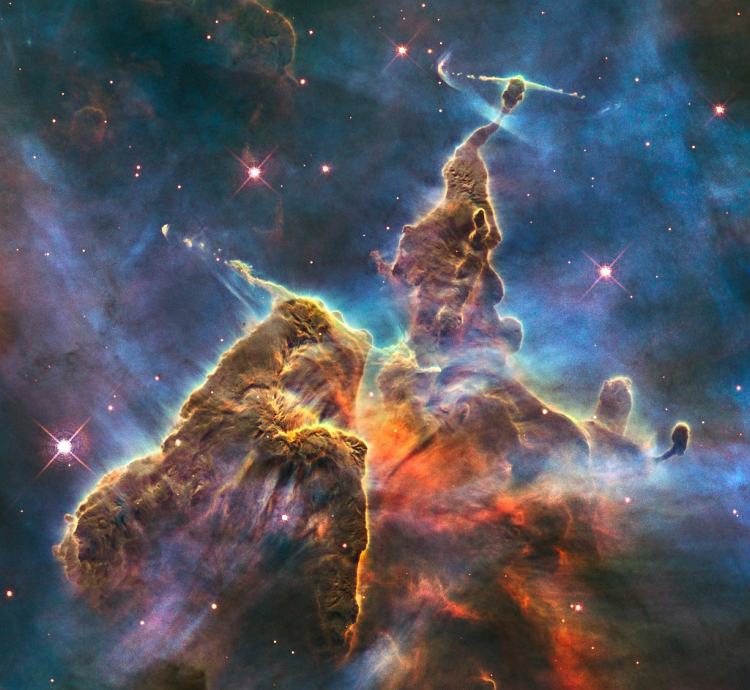 Pictured: The Carina Nebula as captured by the NASA/ESA Hubble Space Telescope—the hostility of outer space. Death is an inescapable eventuality of the Universe—an existential reminder that we, who consciously experience, are out of sync with the world we physically inhabit.

There’s a different, nuanced perspective available to us. Through it we can embrace our weakness but find meaning, all whilst rejecting nihilism.

A new hope: 'the Absurd'

We need to feel meaning tied to our lives. To be human, to be ourselves—to long for meaning—is innate. How can we let go! Why would we? Perhaps we shouldn’t.

There exists, in human experience, a paradox between the tendency to pursue inherent meaning and the ability to find any. However, this fundamental divorce needn’t impede our search: we can embrace our absurd human condition to embark on a search for self and explore our place in the Universe anyway.

In The Hitchhiker's Guide to the Galaxy (2005) the Answer to the Ultimate Question of Life, The Universe, and Everything from the supercomputer, Deep Thought, was '42'. But what was the question?

That is to say, we can hope or believe that there is meaning somewhere in our world. If there really is none, there’s still happiness to be found in pandering to human desire: meaning from seeking meaning anyway. We can sculpt it by endeavouring to answer personal questions—philosophically, scientifically, or spiritually.

By crafting our own ideals confusion and anguish will be no more.

We might be tempted to reject meaning to avoid the trepidation of fearing the death of things we love, from which pain looms large. But to not love at all! Do we reject love of spite for its future loss? No! The emptiness is surely worse than the trepidation. 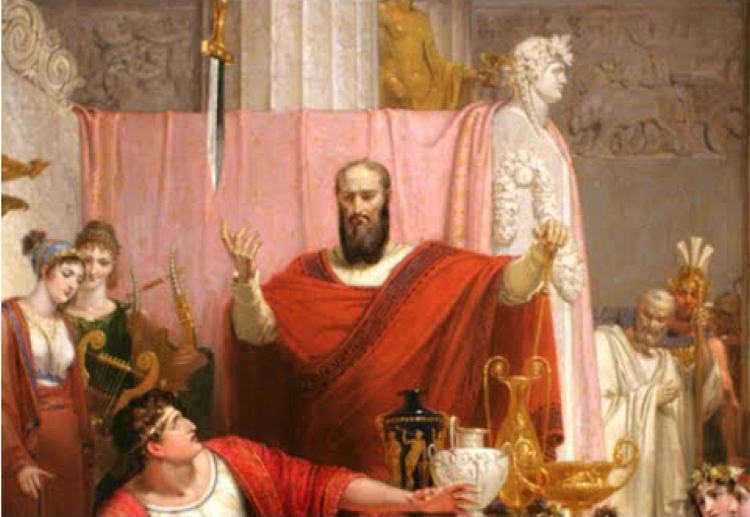 The trepidation of an existence: Damocles wished to sit on the throne of Sicily. So his current king, Dionysius, granted him his wish for one day—but only if a sword could dangle over him on the single hair of a horse's tail to represent the imminent peril a king always faces.

But even if we each lived for millions of healthy years there are some facts of life that will never change. Mortality is one; and death is an insurmountable struggle if we choose to grapple with it. How we experience the real world through the disruptive force of transience depicts a great collision, an unavoidable dissonance between human desire and universal fact. This is a great human tragedy which we cannot change, no matter our deepest wishes.

The Last Supper and first Eucharist, during which Jesus serves wine in the Holy Chalice. The Holy Grail, like the Fountain of Youth, was a device built from a yearning to live forever. Not only is this mightily fictitious: it's a fantasy that forgets everyone we leave behind. (© Corbis)

Where there is weakness in vulnerability there is strength in deploying hope anyway. Hope has forever pervaded our existence. It engenders meaning in itself, making it an essential part of the human experience. Any form of nihilism deserts such human propensities.

Life isn’t a fortunate and precious gift to cherish or be thankful for: procreation isn’t that difficult or rare nor did we have a choice in it. But, from birth, in being, life is a unique set of experiences through which we can hope to make ourselves and others happier. There are no absolutes in life but there are countless ways to subjectively enamour our experiences of it. We might as well enjoy its ride and embrace the Absurd in our realities to propel us forward and flourish.

Do not let death linger. The morrow is not forthwith; we can live today first. Emulate the youthful mind which fears no end (their trajectory is endless). Look forward to every day on this awe-inspiring planet—let beauty smother you. Reach out to change. Seek new challenges. Evolve. Find your purpose. Every breath is your last.