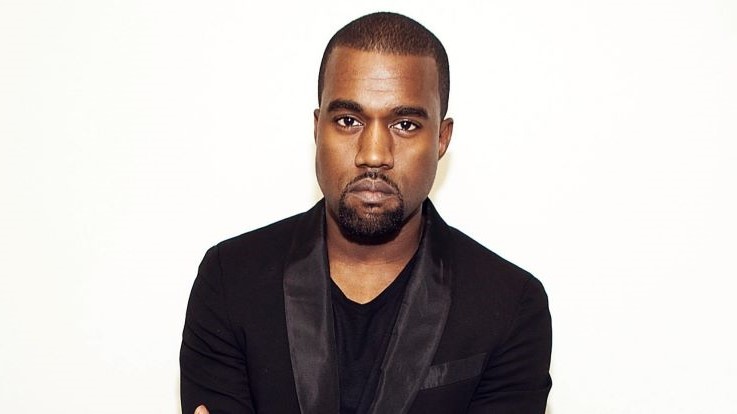 Featured image: Kanye West might have one of the world's biggest egos. Can he justify it?

‘Ego’, Latin for ‘I’, is our sense of self-importance. Those who possess it in abundance are described as ‘egotistical’. We might be closely acquainted with egotistical people. They are recognisable from their radiant self-assurance and they are not afraid to flaunt their self-obsession. They betray a belief that the world should be thankful for their presence, not vice versa. 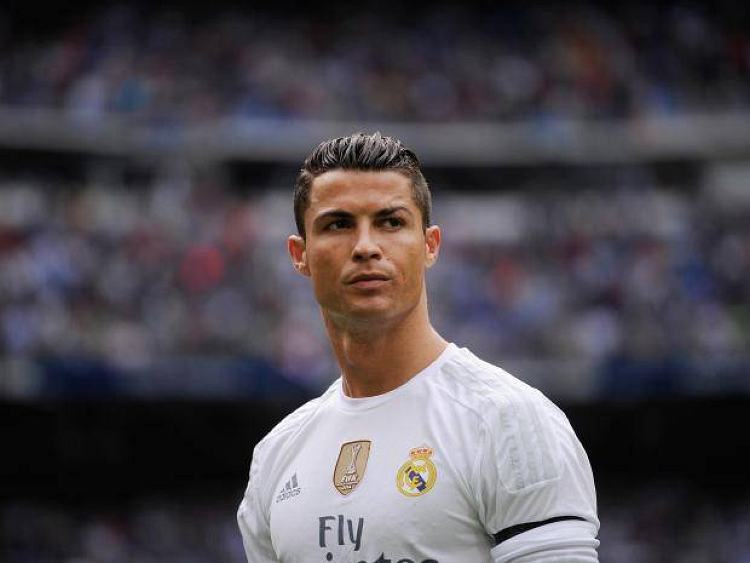 'Ego' in this article denotes the importance we see in ourselves; it does not pertain to Sigmund Freud's 'ego', the rational component of the human psyche.

Quite predictably, the concept of ego has been loaded with negative connotations. This, I argue, is a sad simplification. By treating ego as an ugly human trait which is particular to a disagreeable kind of person we miss the opportunity to see life-lifting importance in ourselves. You should choose to embrace it without shame. Here’s why. 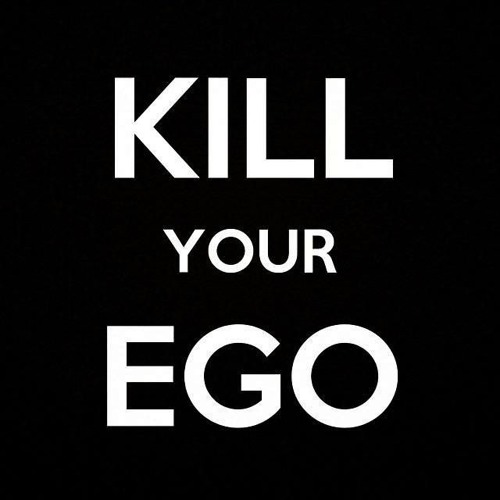 Who doesn't have ego?

Curbing one’s ego is widely considered a virtue by society as we are taught to subdue arrogance and praise modesty accordingly. However, a disassociation of ourselves and ego is impossible: if you collapse ego, you collapse your sense of self. We all possess egos: we self-assign some worth to ourselves, big or small, in the context of everyone and everything around us to make sense of where we fit in.

It’s easy to conflate ego with some kind of big-headed obnoxiousness. But it’s a very real notion which is applicable to all kinds of people. Take Piers Morgan and the 14th Dalai Lama, who both have big egos. I don’t expect Piers Morgan’s bloated ego to be contested by anyone reading this. But you may deny my claim that the Dalai Lama presupposes his own importance. Allow me to contest this.

With self-entitlement which is characteristic of egotism, one preaches to the public in a manner that suggests he believes his voice is vastly more important than anyone else’s despite a lack of credentials. The other, while in a position of great power, exudes humility and values virtue highly. But the difference between the two isn’t the presence and absence of ego: it’s how they choose to answer to it, for it is definitely there in both cases.

It’s a necessary truth that the Dalai Lama holds onto a high sense of self-importance: he sees himself fit to speak for an entire religion (a hugely popular one at that). Being in a position of great influence like this requires a staunch belief in oneself, much like Morgan’s—a belief that one’s words carry significant importance (unless the person completely unaware of the power they possess, which seems wildly unlikely for the Dalai Lama). Both Morgan and the Dalai Lama, then, must have big egos; they just express them differently. 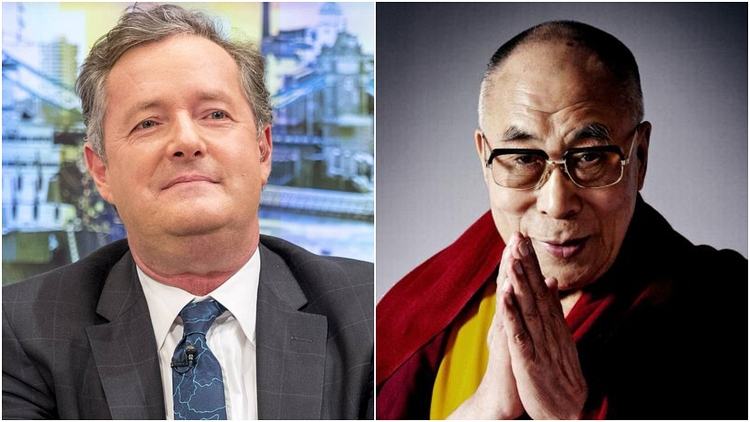 Piers Morgan and the 14th Dalai Lama: irrespective of what content either one chooses to proselytise from his pulpit, they both share a common property: ego. The fact that each man is a powerful public figure justifies their inner belief through public recognition of their importance. But who isn't self-centred whatsoever? Who doesn't enjoy feeling some importance?

Where did ego come from?

While it’s easy to accept the presence of ego in human beings, it’s substantially more difficult to explain why it exists. Evolution usually provides scientific answers to questions about us. For example, maybe ego’s purpose was to raise self-esteem (self-worth), a state of mind which is dynamic and interactive, in response to success (i.e. to reward decisions that were conducive to our survival). Hardwired with such a feedback mechanism, we’d be motivated to make similar decisions that we thought increased the likelihood of achieving more positive outcomes. 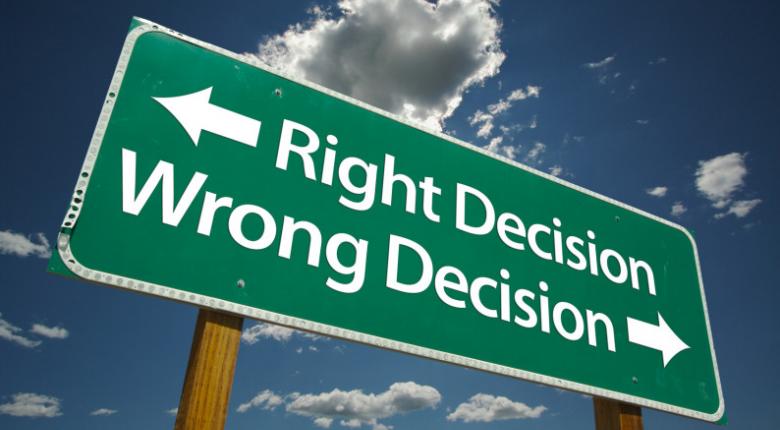 Human beings are complex creatures with characteristics of unclear origins. In terms of our survival chances, what was ever the purpose of being able to gauge self-value? Was it to incentivise effective decision-making?

However, such a postulation is inadequate at explaining our behaviour: high self-confidence is frequently self-defeating to success across a wide range of objectives. In other words, it doesn’t always pay to be armed with the levels of confidence (or pretence of it) associated with big egos.

Perhaps, then, ego is simply an evolutionary by-product of being intelligent, rational agents—that is, a ‘spandrel’, a non-adaptive consequence, like male nipples or, more debatably, the female orgasm. Regardless of its origins, ego is a psychological trait of our being and may not have a reductive scientific explanation.

Other species whose neurological makeups are less-intricately built don’t seem to possess the sense of self required for ego. Their being is more primitive as they are more-fundamentally driven by desire to survive.

Through the evolution of consciousness we’ve developed self-awareness beyond that of any other species. We value the advancement of the self in a manner unobserved in any other species. Is this related to self-awareness? In stark contrast to ants, for example, which are immune to egoism, we’re not incentivised by benefits to the collective; even has high-level thinkers we won’t compromise our own motivations solely for others’ gain without benefit to ourselves, for we’ve outgrown instinct. 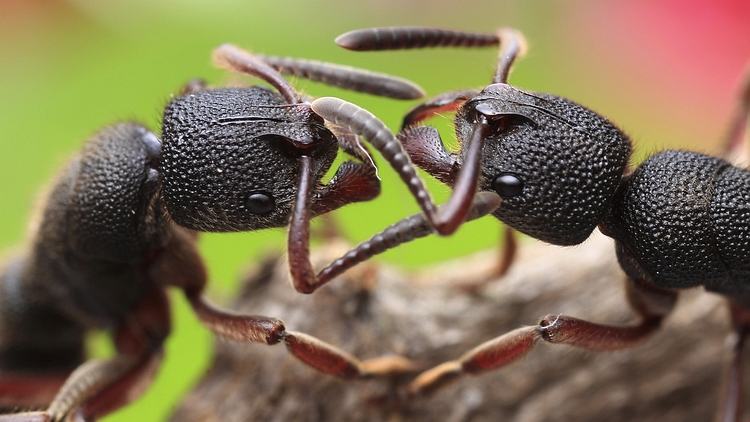 The humble ant, whose colonies can stretch thousands of miles, demonstrates the properties of a 'superorganism'. No foreseen benefit to an individual ant can be understood in some of their actions.

The force that compelled us to prioritise survival lingers still. However, it now shares reigns with our desires to project the images we’ve conceived of ourselves onto the world, where ego reflects the importance we’ve attached to our endeavours. We define the impact we want to be felt by the world; we mediate between our hedonistic desires and critical faculties to figure out how to achieve it; we set benchmarks and keep a register of our fellows for comparisons; and we study memories of our past actions to adjust ourselves accordingly.

While you might only see negativity emerging from terms like ‘self’ and ‘importance’ in my descriptions of ego, I would argue that, not only is ego a natural feature of human existence, it’s something that ought to be pandered to, for if we can harness it, we can make ourselves feel and be useful. When we duly see ego’s actualisation—our sedimentation of values onto society—we can thrive on the knowledge we have positively influenced people. What’s wrong with feeling important if it allows us to strive for the ‘good’? If we neglect the will to feel important, we lose aspirations to be rocket scientists, surgeons, entrepreneurs, athletes, visionaries, authors, and just and moral people. If we obtain it, we achieve a validating sense of worth—fulfilment.

The issue is that ego carries the inevitability of low self-esteem when our goals are not met or expected increases in worth are not felt. It’s also not clear whether the thirst for more success can be quenched. Can we ever feel important enough? We want more, which puts us down now—something that applies most to the biggest heads and hearts. As lamented by Fyodor Dostoevsky: 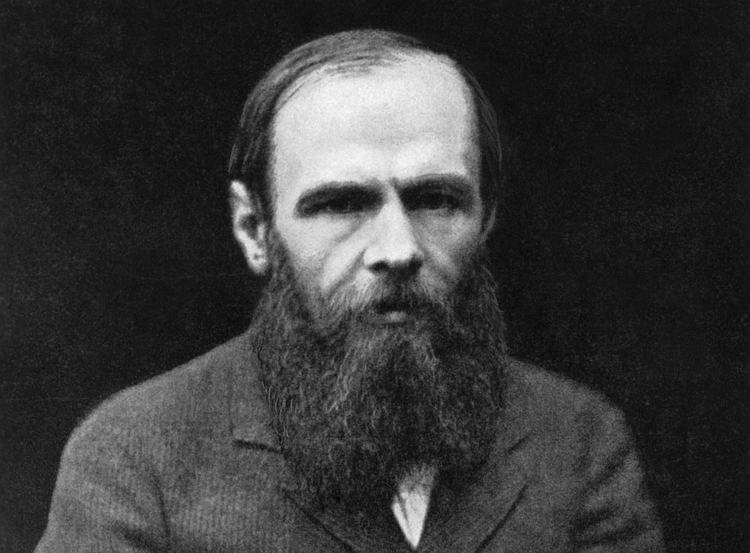 Dostoevsky's melancholic quote rings poignantly. Is the prevalence of low self-esteem indicative of something tragically wrong with the expectations of today's society? Or, evolutionarily, have we outdone ourselves—are we psychologically prone to being unhappy? Take depression and existential crises as instances of heavy, burdensome thoughts that stem from highly sophisticated human brains. What other species suffers like this? None. We are victims, not just beneficiaries, of our evolutionary success.

Yet, despite the traps we can fall through, our complex minds offer potentials to lead richer, more-fulfilling lives. Once we accept the desire to be felt by others, with humility, we can begin to look at ourselves with eye-opening honesty; we can grow into useful roles in society, where we can flourish.

As human beings who are supremely intelligent we are quick to contrive idealistic notions of how we ought to be. This is moralistic: if we take away ego, we take away appetite.

Firstly, ego is a property that we’ve, somehow, acquired. This is the hand we’ve been dealt with and denying its existence would be dishonest. For our sins, its sense of self-importance, starved or swollen, innately sits there at our cores unless we can somehow completely diminish our senses of self. 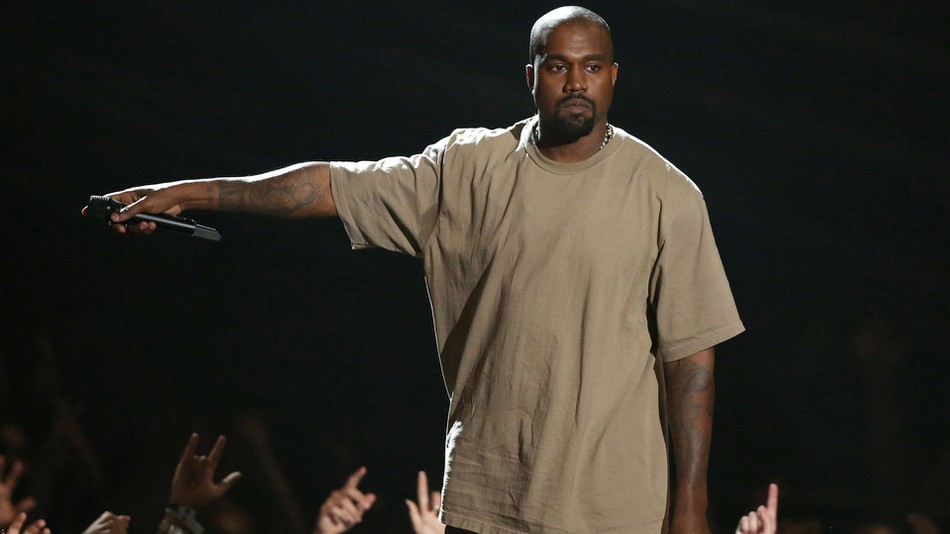 Some see massive relative importance in themselves.

Secondly, even if we can rid of ego, understanding and pandering to it is surely a better alternative than coercing oneself into behaving robotically and without humanity. Although encouraging society to be more humble and modest is commendable, it unnecessarily prohibits our passions. We shouldn’t suppress this inherent feature of existence, as is so often instructed by society: we’d be left numb. We should take control of ego and seek to elevate self-esteem with it—psychological jargon for saying we can boost how we see ourselves amidst the world we live in.

As a species, we rightly see something deeper in us beyond the survival of our genes. This distinguishes us from other species. All I’m suggesting is that we don’t fight ourselves; that we don’t futilely chase away what it is to be human and accept ego’s presence, understand it, and use it as a step toward actually enhancing the quality of our lives through personal development.

The idea that ego is a corruptive force, entirely negative in nature, I find, is gloomy. When we deny its existence we restrict our aspirations. Conversely, self-belief propels us forward in our journey to betterment, where ego is a necessary ingredient for the kind of fulfilling happiness that can be derived from accomplishment. It’s the reason you can stand up and be proud. So don’t be saddled with regret in later life. Your ego defines the potential to achieve you see in yourself. Now prove it.