Welcome to The Human Front, the blog that can fulfil your philosophical needs.

The Human Front is an evolving project which represents my overflowing interests in philosophy. It started out as a blog on religion—probably as an outlet for my resentment towards the religious education and culture that smothered me in adolescence—but has since outgrown its original means. Common themes now include truth, meaning, freedom, injustice, the Absurd, and identity. How their questions are interpreted is left with the reader. 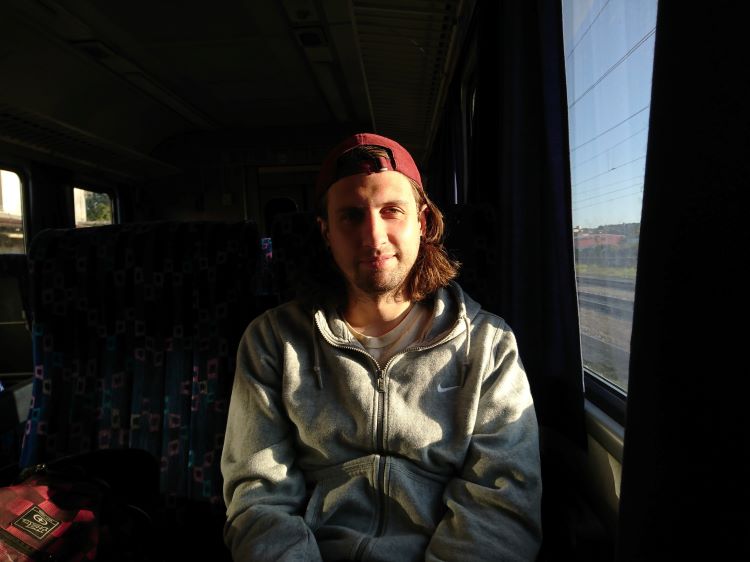 The Human Front is run by me, James Clark Ross.

For answers I reach out to illustrious philosophy, fiction, film, and, of course, my own sentiments and beliefs. I often just feel the need to get my thoughts down onto ‘paper’ to apply a sense of clarity to them. Thoughts can begin anywhere (that’s if thoughts even begin in me at all)—during bus rides, in the shower, at the beach.

I’ve been writing for some time, albeit without much direction or prominence. It first began outside of education as a music journalist for the University of Manchester student paper. It then grew to include football for a sports website. Recently I was the Non-Fiction Editor at Phi Magazine - Φ, a publication and website for students in philosophy across the world to publish prose, photography, poetry, painting, opinion pieces, film, and music. I also attend to a romantic, existentialist novel in my spare time.

My thirst for knowledge goes back further still. I studied for a four-year degree in straight physics at the University of Manchester. During this time I continued to explore ‘deeper’ subjects through independent reading and the navigation of my course modules to those which pondered questions at the frontiers of human understanding—astrophysics, cosmology, quantum physics, particle physics. I even sat in on lectures on the physics-meets-metaphysics course Physics and Reality to open my mind to more-philosophical questions. Looking back, I can see that I relished challenges and possessed the internal drive to explore my intellectual limits. Nothing has changed.

As my understanding of the natural world grew I found myself reading up on subjects that straddled its borders. This tendency was apparent from the books I was reading—usually by authors of popular science such as Carl Sagan, Richard Dawkins, Stephen Hawking, Sam Harris, and Michio Kaku. Later, as I reached beyond the realms of science, I began to read philosophy. The books that really captivated me were by Friedrich Nietzsche, Albert Camus, Simone de Beauvoir, Simon Blackburn, and Daniel Dennett. Meanwhile, in the world of fiction, authors such as Terry Pratchett, Arthur C. Clarke, J. R. R. Tolkien, and Douglas Adams continued to captivate and encourage my imagination while posing interesting questions on fundamentally absurd human drives and their influences on society; as an avid film fan and philosophy-podcast listener, I am able to see more clearly how many of the big questions they pose are reducible to these drives.

I love philosophy so much so that my expanding passions for it took me to an MA. Ultimately, however, it is a PhD I seek.

I am currently in Saving Mode because, unlike in science, a PhD in philosophy requires some serious, concerted creativity with money (well, not for everyone) in addition to the usual gall and determination required of PhD candidates. I, therefore, hope to self-fund a research project—a hearty ambition of mine for quite some time—partially through writing. With this in mind, I am working on producing content that people can enjoy more accessibly while maintaining philosophical accuracy and existential poignancy so that you can still take something away with you—something you can feel—each time you come away from The Human Front.

There is a Buy Me a Coffee button plastered at the bottom of every page you access. So don’t forget you can help me out with a small donation—whatever you can spare!

Lastly, I always welcome content contributions to the website. I will even edit your work for you whilst leaving as much originality as I can. If you’re interested, please contact me via email or one of my social media streams accessible at the bottom of each page of The Human Front, your source of real-life philosophy.