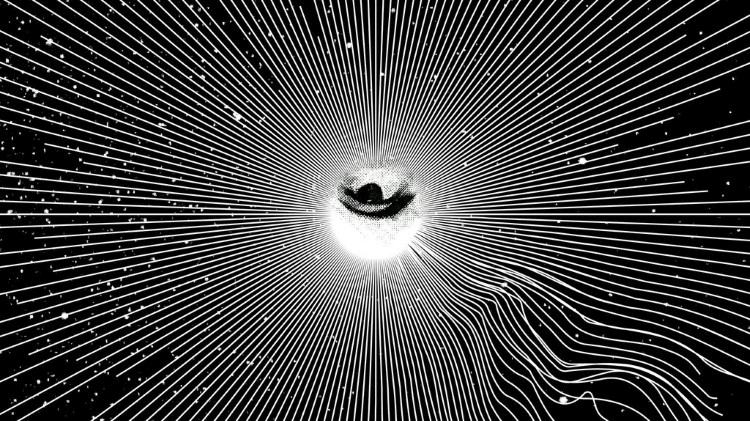 Featured image: In this article Ibrahim Oznehir argues for an ontology of mathematics which dismisses the idea that we can rationalise the irrational through the scientific method. (Matt Dorfman)

When intellectuals ejected the tyranny of faith from the scientific method, they promptly fell into a new trap every bit as bad at a fundamental level: sensory empiricism. Sensory empiricism begins with the word ‘observe’: there is no injunction to use a priori reason and logic first, nor is there a rule for its systems of thought to obey the principle of sufficient reason, which asks facts to be explainable. So if part of reality is unobservable, the scientific method will automatically fail to tell us a single thing about it.

Explanation is a way of linguistically mediating an understanding of the world. But empiricists don’t care much for using explanations to understand ultimate reality, just as religious mystics don’t. Why? Because empiricists have chosen to restrict ‘understanding’ to that which they observe and experience; and since they have abandoned a priori reason and logic, it is impossible for them to come to rationally and logically drawn explanations of reality which give explanatory justice to the unobservable. 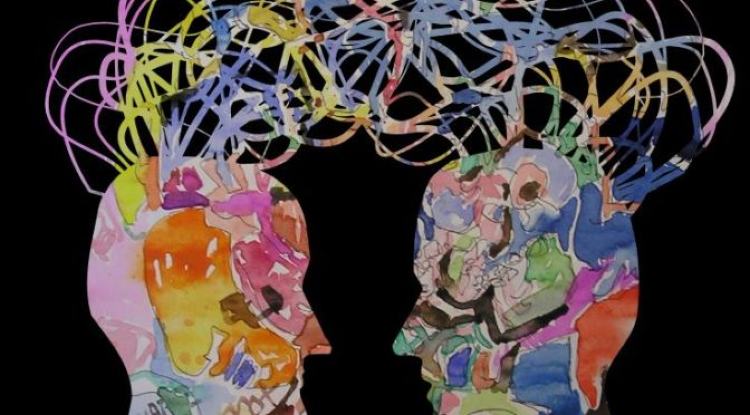 Letters make words; words make sentences; but do sentences make truths? Sentences allow us to exchange information; and once we exchange information we can express agreement or disagreement with them. However, agreement says little of reality's objective features. So if explanations do make truths—despite being sourced in subjective minds which share ambiguous and evolving languages—shouldn't we have to justify (explain?) how words latch onto the external world?

You cannot observe reality in itself, which includes the unobservable. Hence you can never go from observation to knowledge: it is a guaranteed impossibility—a category error. A method predicated on observation can only provide knowledge of observable phenomena.

According to followers of scientism, who firmly believe in the power of science’s objectivity, ultimate reality is swallowed by observational uncertainty. But in trying to reach the level of ‘unknowability’ and ‘total mystery’, they repeat the mistakes of adherents to Abrahamism and Kantian philosophy.

However, I argue that it is possible to have rational and logical certainty in an ultimate mathematical reality. More still, it could be the source of all sense-data.

First we must understand whether reality is conceptual or perceptual. A conceptual universe provides answers in rational and logical form apart from observation. Explained concepts have intelligible and explicable bases, which we are unable to disprove perceptually, and our ability to have any understanding of reality through them diminishes rapidly the further we depart from them.

The perceptual universe reveals no answer at all. If we see the Universe as made of sensory ‘things’, we cannot define them conceptually since they are not concepts; they are formally unintelligible and inexplicable. 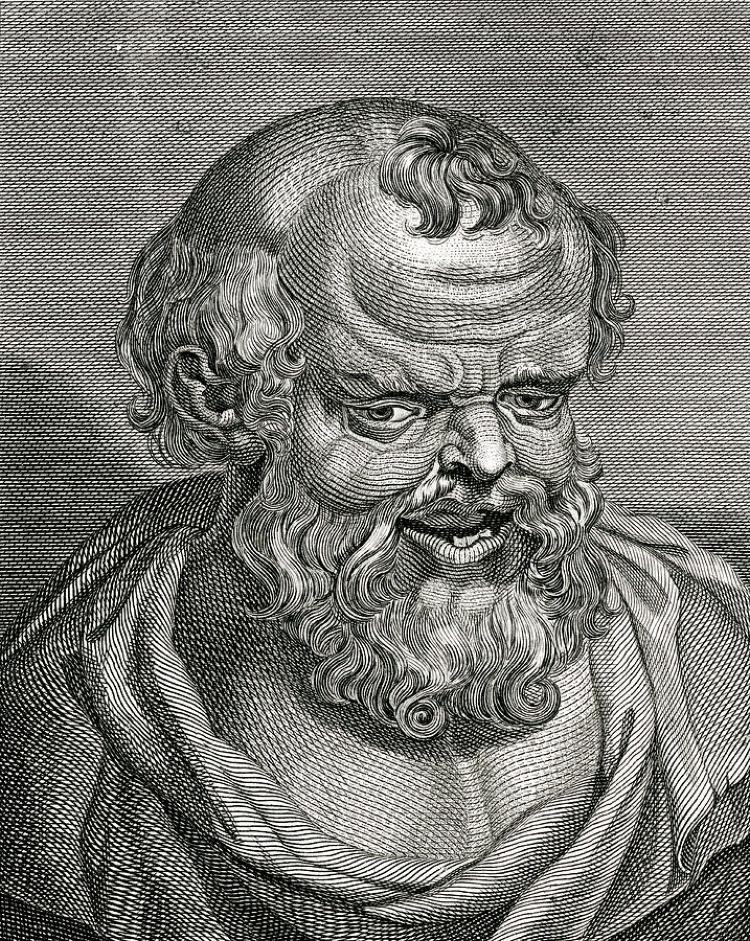 'By convention (nomos) sweet is sweet, bitter is bitter, hot is hot, cold is cold, colour is colour; but in truth there are only atoms and the void.' — Democritus (sketched above), Fragment 9. For the Ancient Greeks, matter was sensible but unintelligible, while form was intelligible but non-sensible. Matter was perceptual, while form was conceptual. Today, science has abolished form and concept and deals primarily with real, sensory matter and 'unreal', non-sensory mathematics to describe the observable patterns made by matter. Science has no explanation of what mathematics is and why it works, and more or less no interest in such questions, even though they are foundational and critical to the intellectual coherence of science. They can work in unison. For example, once he established that speed of light was constant, Albert Einstein devised his infamous theory of relativity on blackboards using a priori mathematics. (Mary Evans Picture Library)

Intelligibility in science is only able to arise strictly from its use of a supreme conceptual subject: mathematics. Mathematics uses pure concepts. Science without mathematics is some derivative of alchemy. You can label a perceptual world—you can provide lists of nouns and adjectives and pile them into definitions and descriptions—but you cannot explain it on its own superficial observational terms (‘percepts’).

In The Gay Science, Friedrich Nietzsche wrote the following:

I agree. Explanation has to contain a conceptual undertaking; else it is led only to description in the form of a strictly perceptual undertaking. In fact, the problem can be even more clearly specified: science is a muddled hybrid of mathematical concepts and scientific percepts; and scientific descriptions have improved only because they are more closely aligned with mathematical concepts. Its pure empiricism blinds the scientific method with observations. 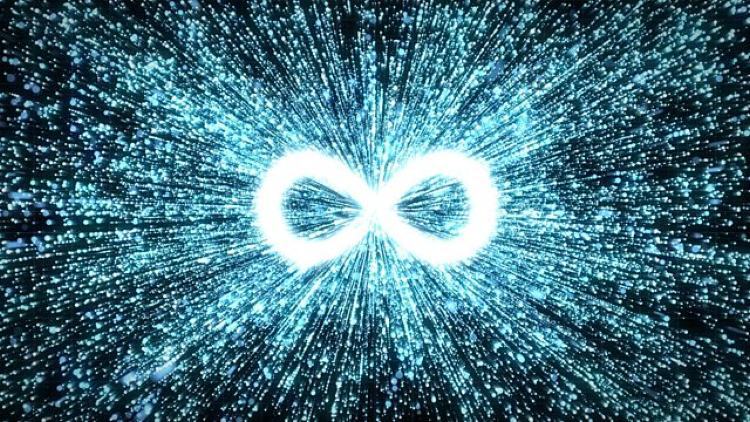 Infinity is essential to scientific understanding, even though we cannot experience it. However, while it is a purely mathematical concept, it helps us explain our empirical observations. But perhaps it's a fudge factor—a place to stop our scientific search somewhere, a concession that our explanations of observations will never be enough by themselves, a way out. Thus do particles at a quantum level really face infinite locational possibilities? Does an electrons really hold its charge within an infinitely small radius? Do singularities really exist at the centres of black holes? Or is this just to place to cash out percepts which we've constructed on the back of empirical evidence? In infinity we have created an entirely abstract tool which attempts to mediate between abstract relationships and experience.

Now, take the above and apply it to what ‘infinity’ really means as an example. Cosmologist and mathematician George Ellis made an important distinction: that there is the mathematical concept of infinity, which holds, for example, that a line is infinitely divisible, and the physical concept, which concerns real quantities and phenomena that may or may not exist in nature. And, to this tune, John D. Barrow adds:

So we have a mathematical concept of infinity, on one hand, and a want of applying it to our perception of physical things, through physics, on the other (e.g. for developing models of the atom and harnessing energy). (Transcendental ininity we can ignore.)

It is impossible to explain the Universe using descriptions alone. Explanatory power emerges only when concepts are included; percepts only pertain to descriptions of observations. People reveal a systematic failing whereby they mistake description for explanation (of underlying concepts).

Take religious people who describe a ‘god’ and then believe they have explained God or explained why we and the world exist (e.g. because God made us). They haven’t explained anything yet: what are their concepts?

People say, ‘Perception is reality’. In fact, ‘Conception is reality’. Perception only helps with the falsification (demonstrating which parts of reality could be false). It deals with phenomena, not noumena—things which exist independently of perception—the sensible, not the intelligible. Plato understood all of this thousands of years ago, but we have regressed since then. 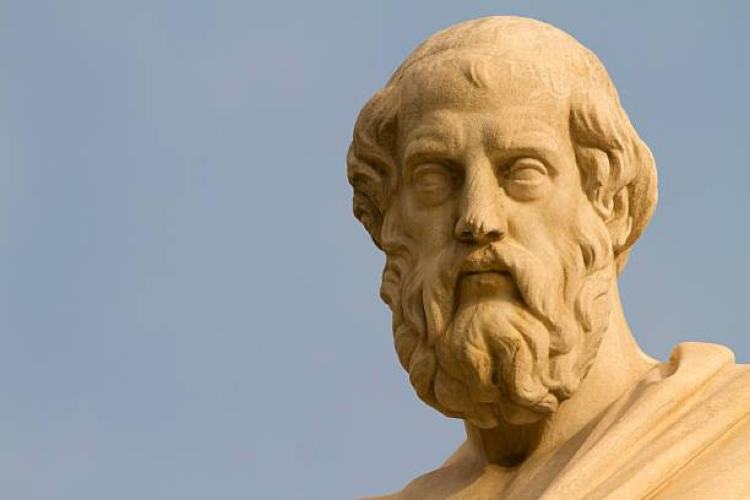 Science has created a fusion of concept and percept. This is both its greatest strength and its fatal weakness.

With percepts, it can address the phenomenal world, and with concepts it can address the noumenal world. The fundamental problem is that reality, in its intelligible, noumenal aspect, is purely conceptual. To explain noumenal reality—reality in itself—science needs to embrace pure mathematical conceptualism, but that’s exactly what it often refuses to do. This is why there will never be an intelligible scientific theory of everything until a paradigm shift occurs towards mathematics.

Nonetheless, we can see that percepts are confronted by too many obstacles to make fundamental truths. Thus we can turn to a foundationally rational universe, built on conceptual logic and intelligibility, and bind our thinking to pure mathematics first. Any other universe, for now, is incomprehensible, unintelligible, inexplicable, and irrational: perceptually delimited by itself.

For all of the great benefits to society science’s empiricism brings, it has no possible answers for understanding the conceptual fabric of the Universe, whose intrinsic irrationality and illogic instantly destroy any superficial rationality and logic science feebly deploys in its direction.

The rational mind is a cause of obscurity of the world and can be understood in the form of absurd philosophy. In the words of Arnold O. Hinchliffe (The Absurd), writing on the Wittgenstein-inspired views of Samuel Beckett: