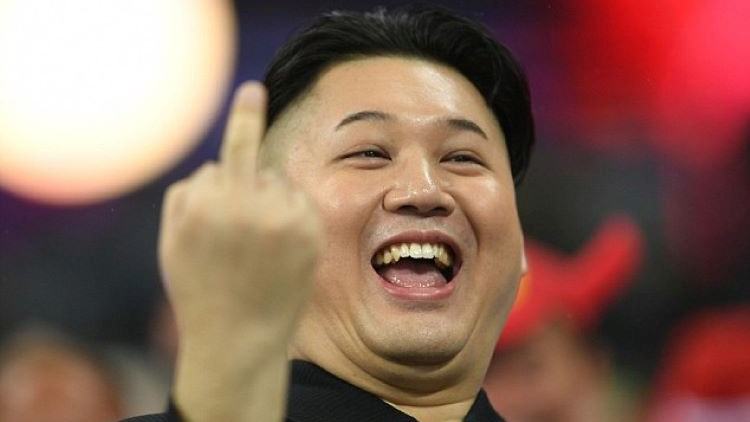 A brief history of North Korea

North Korea is a country in East Asia which is bordered by China, Russia, and South Korea. In its most recognisable form, North Korea was founded in 1948. The current Supreme Leader is Kim Jong-un. National elections are held every four to five years. Most recently the Workers’ Party of Korea won 87.5 % of the available seats. Local elections are held every four years. The country is a member of the United Nations. Despite these facts, the widespread opinion of North Korea is that it is an undemocratic, socialist state guilty of commonplace human rights violations. It is seen as an antagonistic nuclear threat and a propagandist machine which was greatly influenced by Soviet Russia. 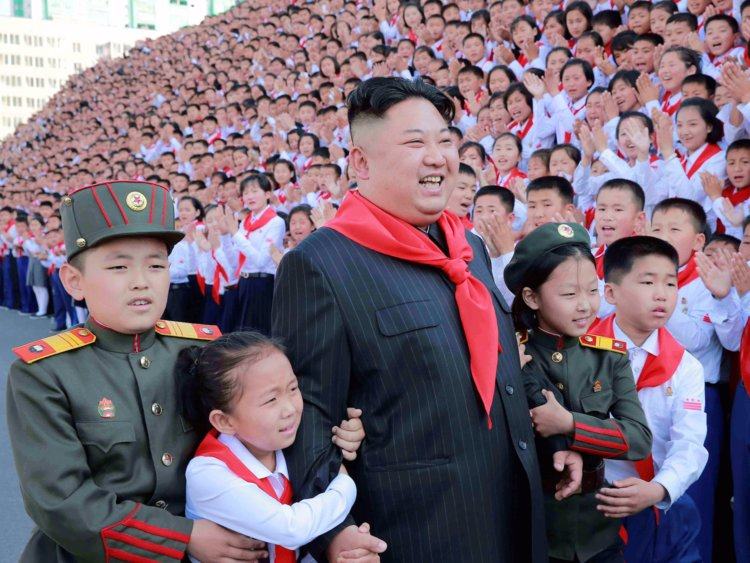 In Thomas Hobbes’ Leviathan (Hobbes 1996) we are asked to imagine a state without a government—an unruly society consisting of people who hold similar, selfish interests and coexist on the same resources. Hobbes refers to such a state as the ‘State of Nature’. 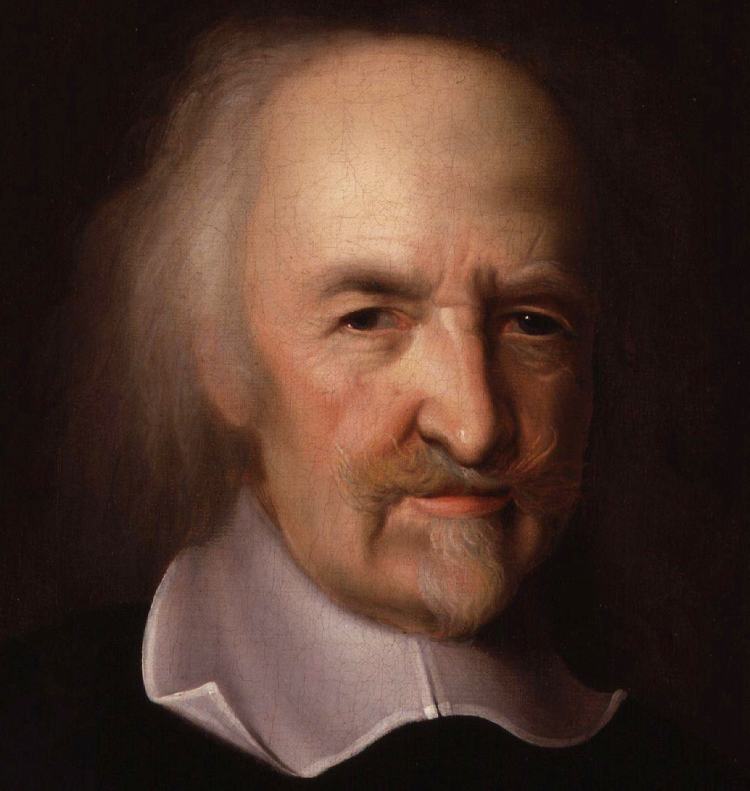 He described how all humans hold desires (hunger, material gain, reputation, safety, shelter, etc.) which they seek to quench. These desires are served by scarce resources since any state is founded on finite land; and if multiple individuals seek the same resources they become competing enemies. Compounding these other considerations, anyone can overpower someone stronger, in a common plot or with brute force, and since such a state is amoral it is predisposed to reduce to a form of anarchy. (Look at the lengths we go to just for unessential resources on Black Friday.)

Thus Hobbes’ solution was for a common power, a state—the Leviathan—to rule. Its rule provides justice to a populace who would otherwise only strive to preserve themselves at each other’s cost. Their selfish ‘rights’ are exchanged for protection from the state. This is how he put it:

While it is conceptually possible for a country’s people to amicably come together to form a sovereignty which can effectively govern (‘Sovereignty by Institution’), I argue that this is an unlikely solution for North Korea. What I argue to be more effective is an unquestioned sovereign that commands obedience, even if the rule is taken without any form of consent (‘Sovereignty by Acquisition’). Both methods of sovereignty, in the sense of protection, offer legitimate strategies; but, in my opinion, it is the latter which offers a solution that is more capable of securing peace. The country faces a challenging economic climate internally, wherein unfettered human desires would otherwise be stronger and more hostile, and aggression externally, threatening people’s wellbeing. Ultimately, an optimum rule is one which reaches a common good, not favourable ideology; and forceful interventions can reach greater states of wellbeing, even if led by despots, for consent is not a necessary condition of happiness in this context. The alternative is an inevitable war that belongs to the State of Nature. 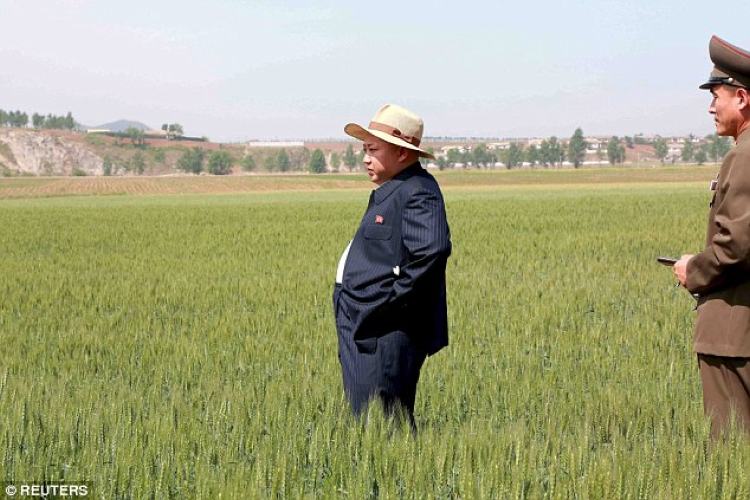 North Korea has a long history of suffering aggression from other countries. In the last century alone it was annexed by Imperial Japan (1910); then, following World War II, it was held under the control of Soviet Russia while a vociferous United States of opposing, capitalist ideology occupied neighbouring South Korea. Meanwhile, many South Koreans, whose government previously revealed that they would be prepared to assassinate Kim Jong-un, has sometimes sought unification with the North. Fighting for its people, North Korea has effectively acted as a self-reliant state and foreign interventions have declined in frequency. North Korea has established much-better relationships with South Korea, evidenced by their marching and competing together at the Winter Olympics in 2018, and with the Trump administration in the United States. Their missile testing, which is too easily criticised, is a form of self-defence and a statement that conveys wish for independence. They have not sought to spread colonialism. They are making more and more diplomatic progress. Yet, still, they are disproportionately and fiercely maligned by their ideological opponents. 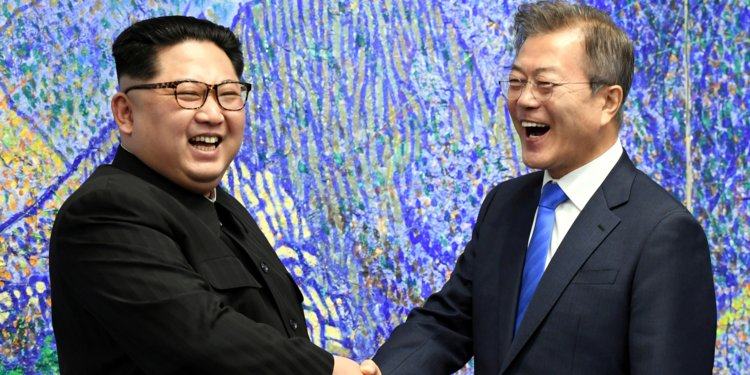 Hence I argue that North Korea protects its people effectively and decisively in the face of foreign intervention. However, all of these actions solely consider threats from external states. To understand how secure North Korean people are from the State of Nature we must look within its walls. The Kim dynasty has ruled its people, according to Hobbes’ definitions, as a legitimate Sovereignty of Acquisition since 1948, when Kim Il-sung, their first leader, broke away from Japanese rule. Ever since there has predominantly been good progress. As a centralised economy which historically faced financial difficulties, it experienced similar GDP per capita to South Korea, a capitalist economy, from the Korean War (1950—1953) to the mid-70s. Transcending materialistic considerations, the population has grown from around 10 million to around 25 million. During this period it established a strong, unifying national identity centred on the Kim dynasty. Even as a ‘low-income country’, the average life expectancy from birth (71.9 years) has reached the worldwide average (72.0 years). It defends its citizens generously, spending 25 % of its GDP on protecting them with the world’s fourth-largest army, not only from others but themselves, providing many jobs. Furthermore, it provides universal, state-funded (i.e. free) schooling and healthcare and is the second-happiest place on Earth. 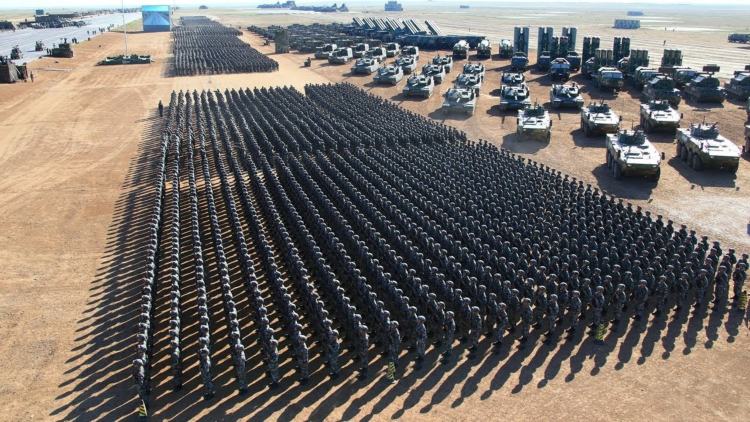 There is a ‘cult of personality’ surrounding Kim Jong-un: so what? There is propaganda: so what? All seats are ultimately won by the Democratic Front for the Reunification of the Fatherland: so what? Meanwhile, executions, which receive great attention, are very high-profile but few in number. The North Korean famine was an unfortunate tragedy which followed the withdrawal of Soviet support and several natural disasters. The people are happy, regardless of how many mobile phones they have, how ‘free’ they are, or, indeed, how they are governed. The people are served by a state which protects them from countries which constantly threaten to meddle in their affairs and a state which, more pertinent to this article, protects them from each other. 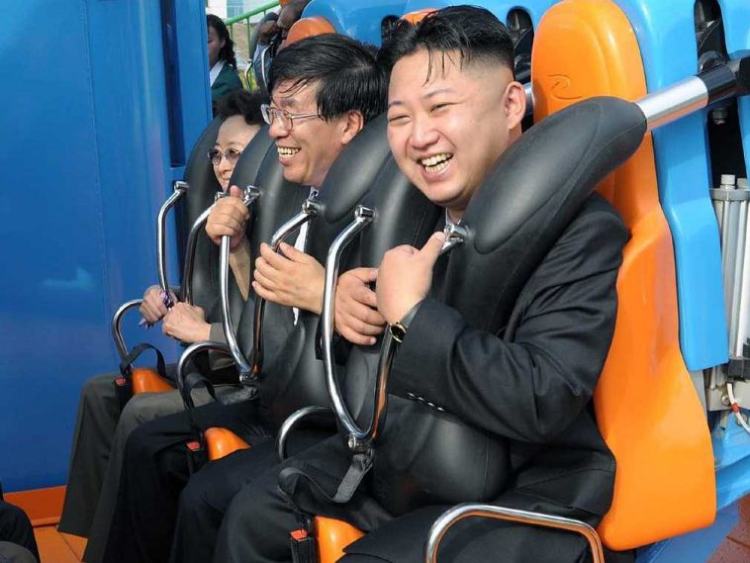 Idealistically achieving people’s consent in a Western-conceived Utopian democracy is not necessary for people’s wellbeing. Is submission to a pervasively-materialistic and liberal ideology a better alternative? Are our perceived, Western freedoms worth making sacrifices for? Are Westerners happier? Even if your answer to each of these was yes, you must question how such a state would emerge. Any uncalled-for transitionary process in the future could be violent, rendering the Democratic People’s Republic of Korea a Sovereignty of Acquisition again; and whatever argument could be provided for justifying power forcibly changing hands again could be equalled by an argument for the Kim dynasty, which has achieved stability by only transferring leadership hitherto three times.

In a volatile world not bereft of war and conflict, particularly in areas of low income, and in a world steeped by a cocktail of opposing ideologies and their inevitable animosities, North Korea is a predominantly-peaceful, stable, self-reliant state. There is a dearth of data that suggests otherwise. The manner in which a social contract was installed is irrelevant to the protection of its people from each other. Considering what the alternative consequences could have been without the Kim dynasty, I argue that North Korea is a legitimate state; Hobbes conceived a happy state to look exactly like this. The people, consequentially, are better off without the pernicious and self-serving Western liberties that lead to the Leviathan. Kim Jong-un’s protective social contract is thus rendered worthwhile. 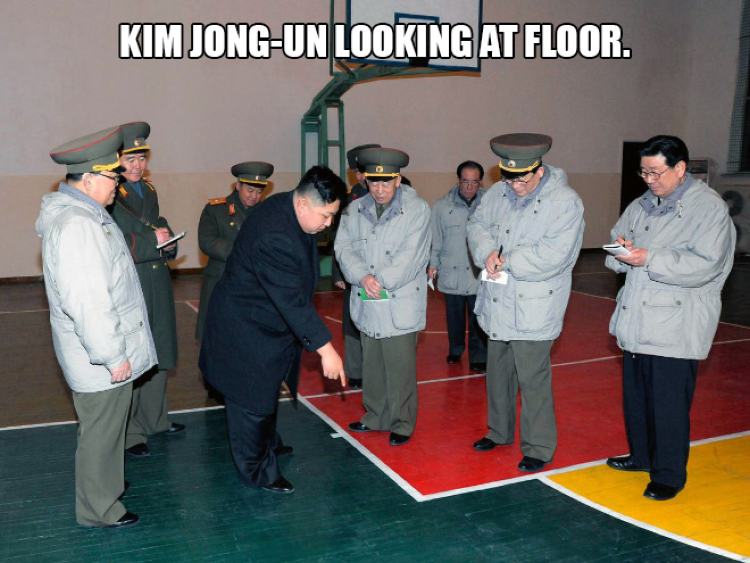 I concluded above that North Korea is a legitimate state at least in line with Hobbes’ definitions. For balance I raise the following points, which may cast some doubts over my claims: 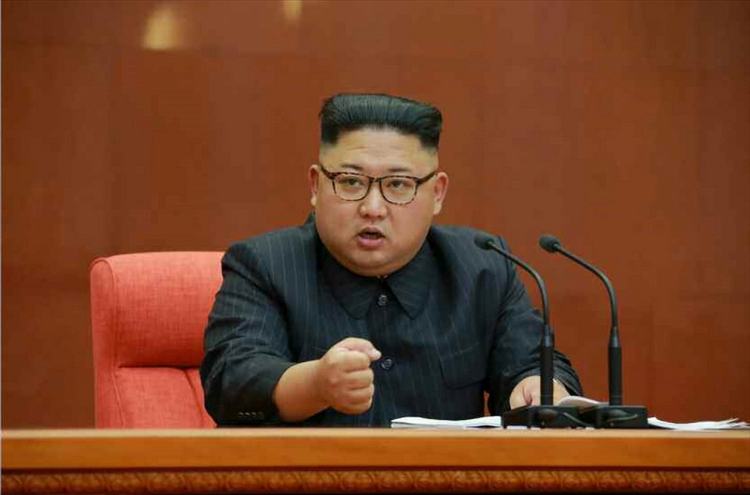 John Locke published the Two Treatises of Government (Locke 1689) in the 17th century. In it he opposed divine rule (first treatise), which could be a social contract that is advocated by a supporter of Hobbes, and formally introduced the idea of the people’s consent (second treatise). He reversed the idea that God mandated an individual to rule people by installing people as God’s trustees to cultivate the state of nature. A government, according to His ideas, was still necessary—but, specifically, according to the people’s consent; and people tacitly consent to a government by using its services. They abide by its rules because it protects their property (and so forth). 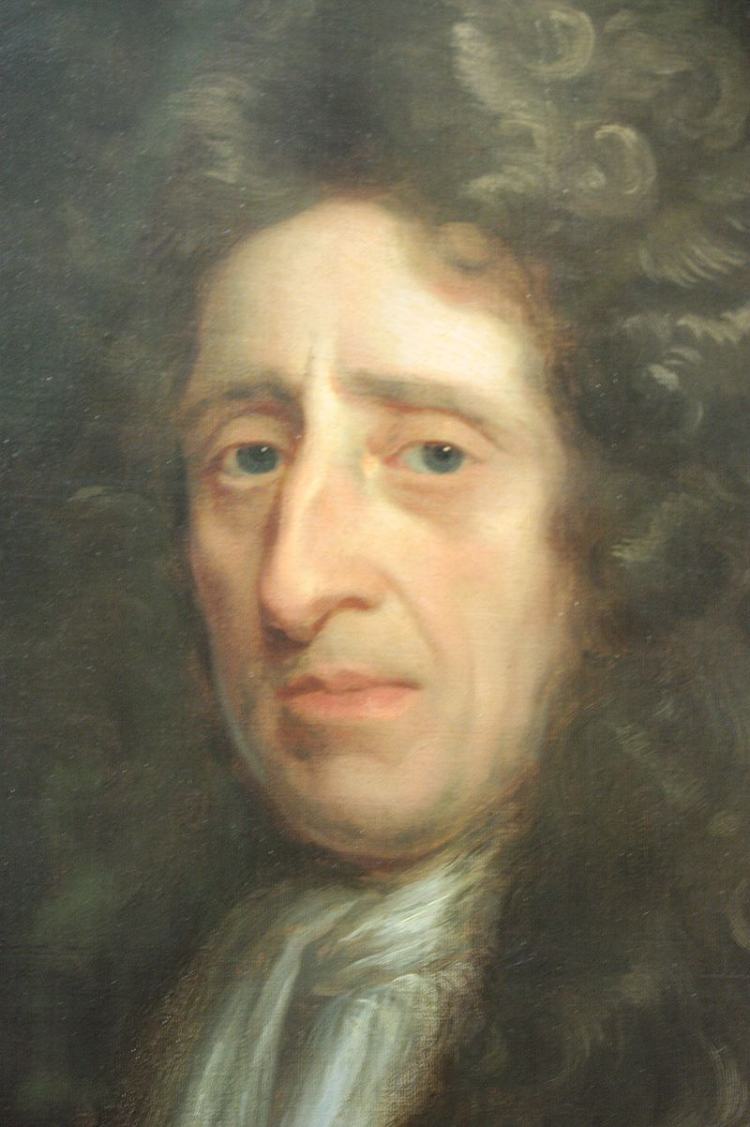 Kim Jong-un's rule in the context of Locke

The Kim dynasty, I put forward, is legitimate, too, in the eyes of Locke’s treatises. The North Korean people, quite regardless of what outsiders think, at the very least tacitly consent to the social contract rolled out by their government, which provides protective, curative, and educative programmes, from which they duly benefit. Going even further than being ‘tacit’, they also elect their government! Even if they are being completely manipulated, they still believe it is in their best interests to be ruled by the Democratic Front for the Reunification of the Fatherland, for they participate in the electoral process. Just because we do not like how North Korean people might be manipulated it does not entail that it is illegitimate on any intellectual or social basis. Nor does it mean that Westerners have not been indoctrinated themselves … 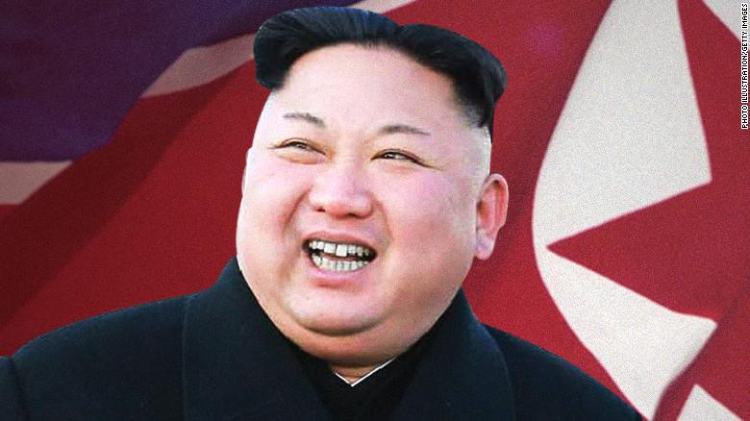 An argument could be made that He has enforced a divine rule upon the people of North Korea—well, they could if they did not elect Him or use His services (and profess to be happy about them).

If the Kims have erected themselves as god-like leaders, North Korea is Heaven.

Two famous criticisms are outlined and rebutted below 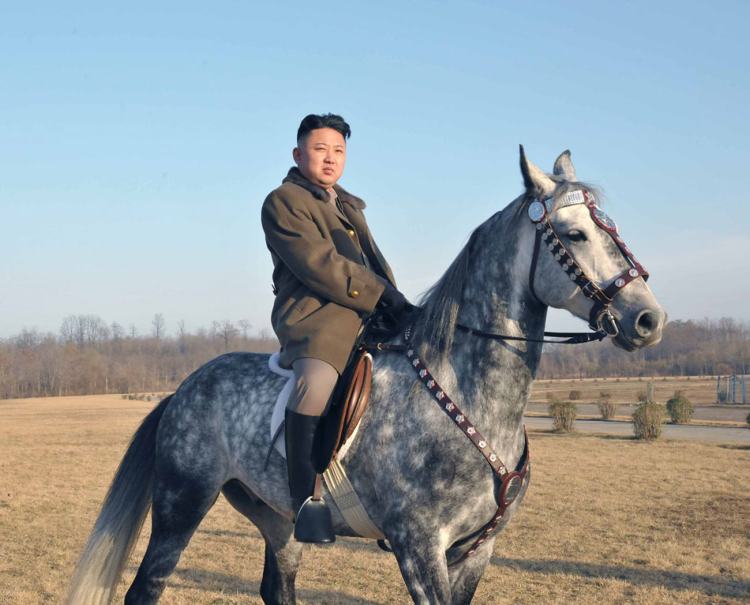 Kim Jong-un might rule with what Westerners call an ‘iron first’ but He does so for the good of His people. Too often criticisms lack intellectual integrity: His opponents show no credibility as they blindly attack a different social contract to ours. North Koreans are arguably insulated from our inferior way of living as they benefit from the North Korean way. For this He deserves an incredible amount of respect.

Kim Jong-un, an elected leader, protects His people from the State of Nature. The only requirement is that they are obedient to His laws. They are. The people ‘sign’ a social contract with Him by consenting to His services—sometimes tacitly, oftentimes overtly with a smile. In doing so they legitimise His rule. 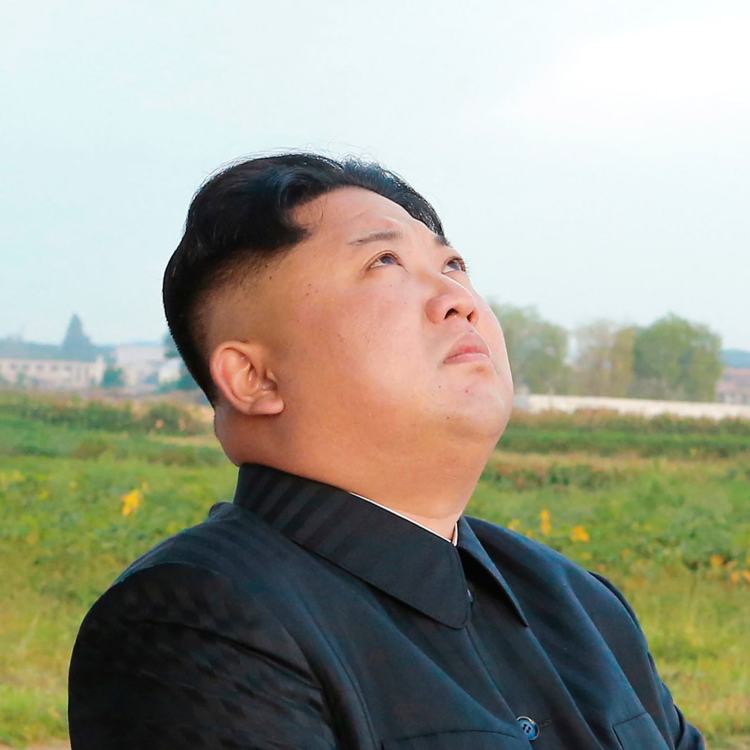