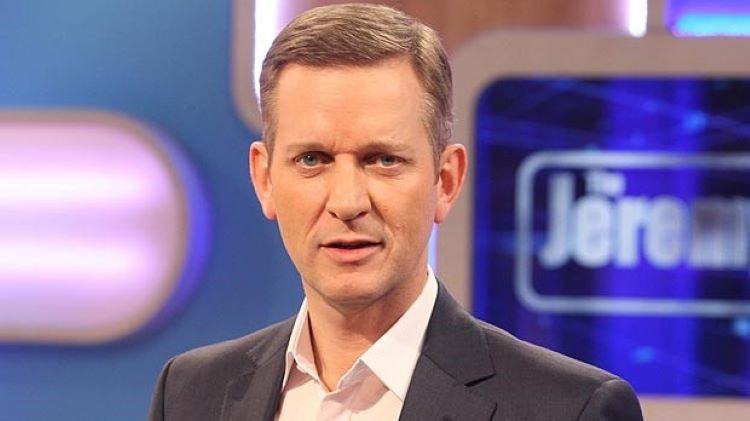 Featured image: The man with his name on the stage, Jeremy Kyle.

It’s 9:25 am. It’s your day off. You could have slept for longer but your body clock halted your slumber because it thinks you’re due at work today. You make a cup of tea. You sit down on the sofa, flick through the television channels—ideally you want something to ease you into your day. Oh, look. Here we go. How about an hour of ‘chav’-bashing pathetically guised as a show that lifts poor, unfortunate people from misery? Great.

I am ashamed to say I ever watched The Jeremy Kyle Show but occasionally I did. I used to justify it by saying I was drawn to the complex social issues being tackled through DNA tests, lie detector results, stories of infidelity, and tales of addiction. While these engaged my attention, I now realise that the show served a less noble purpose: to make me feel better about my own life situation. 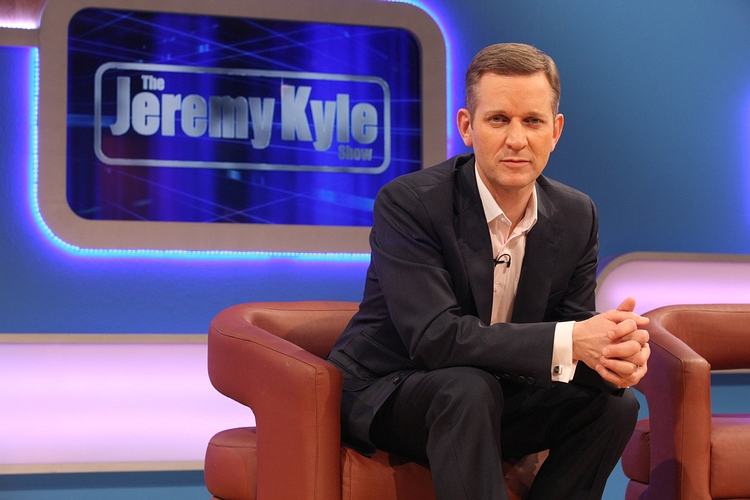 Jeremy Kyle on one of his guests' chairs. These chairs can be thrown around in rage.

The Jeremy Kyle Show has made me feel like this by projecting simplistic narratives onto its guests which effectively portray them as inferior and inadequate in society. At least I’m not that bad. They are extreme cases, reinforcing our prejudices. They probably made poor life choices but haven’t we all? We’re probably more fortunate than them. They shouldn’t be wheeled out on national television for us to scoff at.

My hunch is that other people watch The Jeremy Kyle Show for this exact reason. It’s a popular show and I hear lots of references to it: ‘Let’s all laugh at the scum on TV’…‘Ha! These people are hilarious.’ Etc. etc. The Jeremy Kyle Show panders to the horrible, inhumane parts of ourselves.

I blame society for nurturing resentment towards these people. That’s right: they’re people. Someone watching this pathetic tabloid talk show for the first time would be excused for thinking its aim was to purge parasitic vermin from society, not help human beings who fell under different circumstances to us. It is sadistic.

To spite the show’s narratives, the honour of Most Despicable Scum on Earth must surely go to Jeremy Kyle himself.

He struts onto the stage, hardly attempting to care about the stories at hand, and is primarily concerned with making the audience laugh and filling his ego with statements like: ‘This is The Jeremy Kyle Show. It’s my name on the stage, not yours!’ 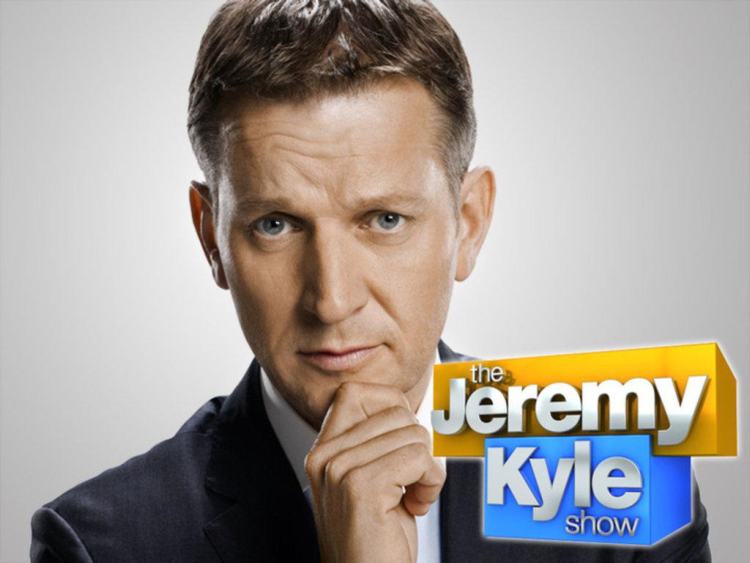 The Jeremy Kyle Show expanded to the States.

Jeremy Kyle loves the opportunity to make himself look intelligent and funny. He draws guests into traps: ‘Do you want to take me on?’ I’ve heard him say, smirking like the arrogant ** he is. ‘Go on,’ he adds, agitating another poor victim for the purposes of self-aggrandising entertainment as he smells blood. But his arrogance is not the aspect of the show that frustrates me the most: I despise its disingenuity more. It purports to help suffering people—it has the reach to achieve this too—but actually it wilfully exploits them and throws them in a ditch when they’re done.

I am truly ashamed to say I did this: but I actually attended a live show in 2009. As such, I know that someone from his team initiates clapping amongst the audience, cultivating a perception that every opinionated and, frankly, stupid sentence he utters is reasonable and further building his unrelenting ego. Theatrical input from the audience is also encouraged—boos and shouts—peddling my view that The Jeremy Kyle Show is focused on entertainment and not seeking to find solutions for peoples’ pitiful lives.

Jeremy Kyle also mocks his guests, typically with smug jibes. Recently there was even an accusation that Jeremy Kyle insulted a man for wearing a tracksuit that he was told to wear. (Of course, this person was also labelled ‘scum’ and ordered to ‘shut up’ by Kyle.)

Ignorantly, Kyle reduces multifaceted problems to the same, mind-numbingly stupid statements, including (and these are genuine): ‘Get a job!’, ‘We’ve all got problems!’, ‘Where do you get your money from?’, ‘Are you cruel to be kind or do you wipe their backsides?’, ‘Stop scoring, love, and go to rehab!’ 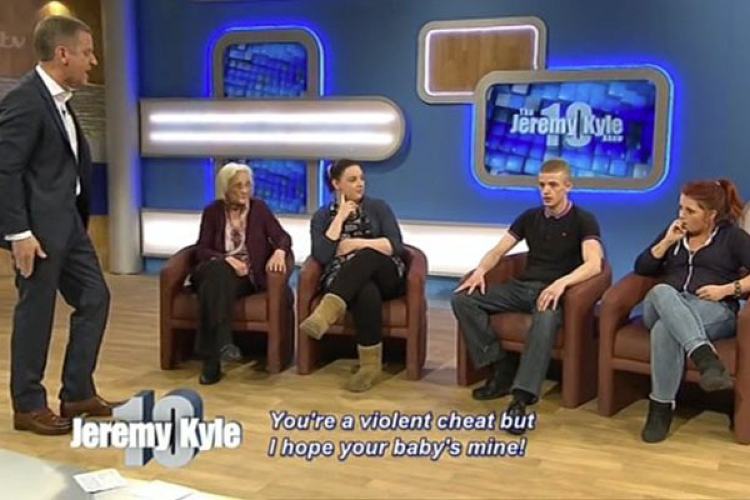 Jeremy Kyle treats people suffering from serious issues with no respect at all.

The page for The Jeremy Kyle Show on the ITV website (which is no longer available) actually quotes Jeremy Kyle as saying:

Sure, sure. So why, Jeremy, do you degrade and embarrass your guests? These are guests who struggle to articulate themselves and whose pent-up anger at life manifests itself as explosive, incoherent anger, exposing their weaknesses on national television. Why do you turn to the camera and the audience for cheap laughs at the cost of these people? Why do you ignore good responses and highlight weak arguments for the sake of impact? Why do you patronise them?

Kyle cages hapless and vulnerable people in an emotionally intense and nerve-racking environment. These people are human-beings; we can judge from above but we will never know what it’s like to live their lives. That’s not to say it is impossible for them to escape their fates at ‘the bottom’; rather, when you’re there it’s easier to lose hope, find solace in short-term fixes, accept doom, and deal with the hand you’re dealt in a myopic and defeatist manner because that’s all you’ve ever experienced.

To outsiders, like me and you, being a guest on the show would be a near-literal nightmare, where extremely sensitive and uncomfortable aspects of our lives are broadcast to the nation. At the very least, this would be embarrassing. But this is all we can relate to.

The people that actually go on the show they have a chance at receiving help or uncovering answers which will have profound consequences on their relationships with people. Given their existing conditions—most likely abject misery—the relatively small loss of dignity by attending the show is outweighed by receiving help or answers. 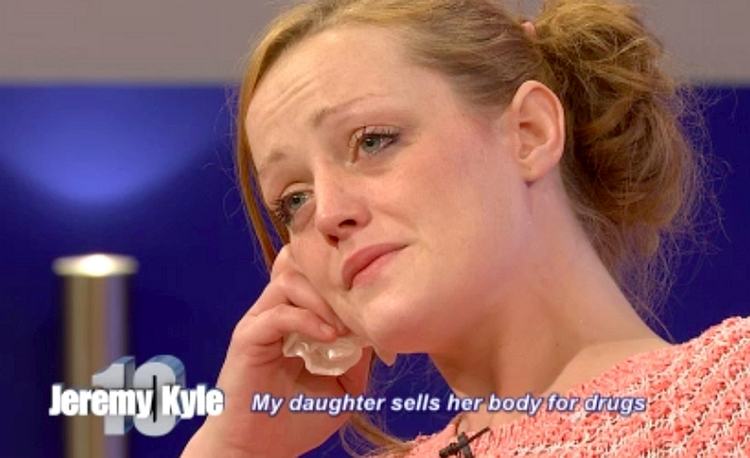 Another serious issue being discussed on the show. Sometimes Kyle switches the narrative to make us think he has an authentically sensitive side.

Going on the show unwittingly provided me with the opportunity to see Jeremy Kyle unveiled first-hand. I was shocked. First, he remarked to someone in a suit that he was only dressed like that because he had been to court. Then he embarrassed a lady in the audience by unsubtly stating: ‘It’s about time you close your legs, love.’

It really is all about him. Not even his assistant Graham Stanier, a qualified psychotherapist, can fit a word in edgewise over the arrogant and bigoted Jeremy Kyle—even when cued by him. (Kyle also prioritises patriotism over reason, as evidenced by his recent opinion piece on Russell Brand’s take on the Tunisia massacre, which Brand calmly and intelligently retorted to.) 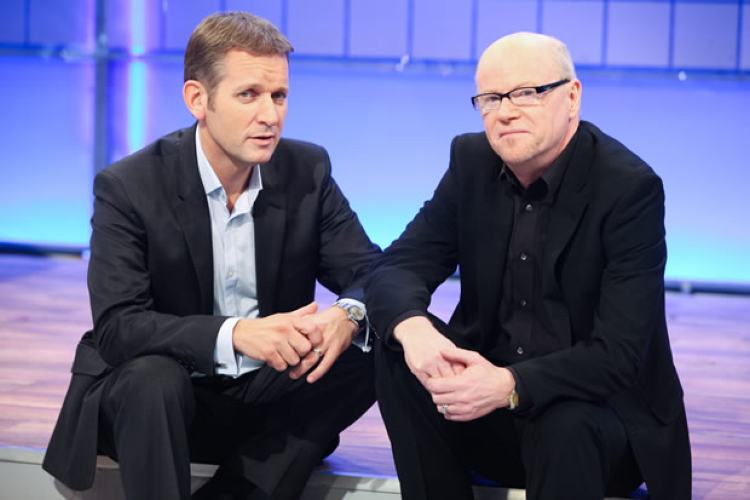 Another aspect to consider is it barely does anything to protect the people they’re apparently supporting from inevitable violence. Why is it that nothing is done before violence occurs? It’s so obvious that it’s going to happen. Everyone can see that they are enraged and agitated backstage as they shout and swear.

Lastly, can you absolutely guarantee that you would be in a better position if you grew up in, most likely, a deprived area, amongst cyclical, generational poverty? It may only take one slip-up—one devastating decision, such as committing a crime when hope completely evades you— to set you back, to upset your psychological balance, and set the standard of your life for the foreseeable future. I discussed the obstacles that I faced as a working-class child—in a middle-class area. Now extrapolate similar problems in principle to those troubled guests of The Jeremy Kyle Show who grew up and live in deprived ‘communities’ in Glasgow, Newcastle, West Country, and London? How bad must they have it? These people are vulnerable and unstable and it’s easy to see where their resentment stems from when you come to understand their relationships with their families. All of this is just the tip of the iceberg too.

The Jeremy Kyle Show has now been surfing the wave of working-class slander for over a decade now. Clearly, it serves a purpose. If the show actually fulfilled what it purported to do and supported these poor people in a constructive way, it would have my utmost respect. It achieves this in part with the support of Graham Stanier and the platform it provides for further support, such as rehabilitation. However, given the manner in which these ‘chavs’ are portrayed; the cowardly abuse Jeremy Kyle conveys in a loud, obnoxious way, as he hides behind security guards; the lack of pre-emptive action to prevent violence; and, ultimately, the fact that this is show is designed for entertainment, I am absolutely ashamed that I once secretly enjoyed it and I hope others can join me in my stand against it.