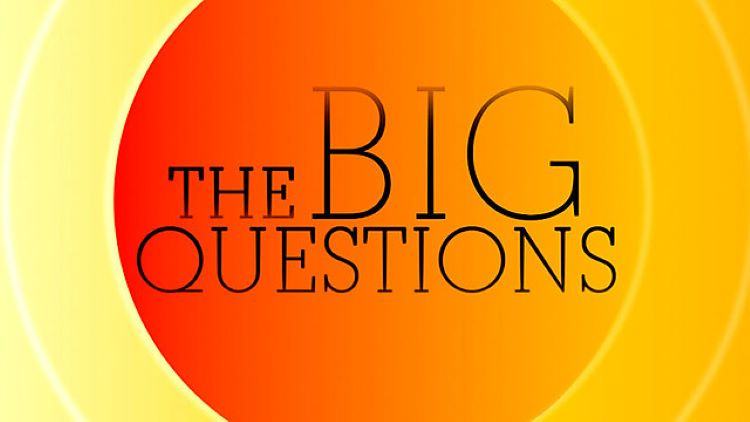 Featured image: The Big Questions is a live show which features eminent thinkers and an audience who, together, debate big ethical dilemmas facing society live on the BBC. But does it give a proportionate representation of society's views? Does it provide too great a platform for religious thought? Are these debates even relevant?

First and foremost, I must warn you that I am about to attack the BBC, which is something I do with a heavy heart but nonetheless something I deem necessary. My issue is with the popular, Sunday-morning debate show here in the UK, The Big Questions. One would assume that the BBC has attempted to construct a show that enforces neutrality, where different people from different segments of society come together and thrash out their differences in ideologies. A great idea, one would assume.

I am personally an agnostic and I share the views of Buddha when it comes to debating the origins of the universe: it’s trivial and unnecessary to do so. With so many hypothetical dilemmas—and with ‘faith’ as the trump card for any scientific debate—I have given up this aspect of debating, particularly with people who completely rely on the structures of organised religion. The inevitable, unconvincing ‘conclusions’ from the debates leave too much to be desired.

Here, however, the fault is with The Big Questions. Firstly, they spend a ridiculous amount of time debating subjects that have already been thoroughly discussed and interviewing people who should not be given airtime in the first place. Nothing is achieved for the greater good. Furthermore, the show has the opportunity—the platform through its large audience and financial backing—to do something that little more effecting for society, even if that’s just delving into more-relevant topics.

Take the following as an example. Nicky Campbell, the presenter of the show, is prone to asking such questions to evangelical Christians: ‘Do you believe in the literal virgin birth?’ The air time for this ridiculous question, funded at the licence payers’ expense (that’s the closest I will go with Daily Mail clichés), is infuriating. It is impossible for a woman to get impregnated without a sperm fertilising an egg. Humans are not asexual. We’re not interested in what this misinformed character has to say.

On the other hand, I can see how such a show can be beneficial to the public. People at home may be inclined to learn about some of the issues we face as a society and Sunday morning provides a convenient time to do this in peaceful solitude. They may go on to develop well-informed opinions as a result. Indeed, too many are apathetic or ignorant on key, underlying issues in society. But, with all this in mind, surely the people on the show should be more diverse in opinion and more active in pursuing what is necessary to make a change and more representative of our country? Often there are journalists and professionals in attendance but little in inspirational characters willing to pursue an actual change.

When half of the audience raises their hands in response to the question, ‘Do you literally believe in angels?’ you know there is something wrong. Unless you’re a Christian, significantly less than half of the people you know would share that view. (By the way, the vast majority of that debate was dominated by an Irish Christian who claimed she saw an angel. What did anyone gain from that?)

Another example of the show’s flaws was when they invited an Islamic extremist on the show who only went on to vent about his hatred for the Western world (this has happened a few times since). This does no good whatsoever and only leads to the British public having an ill-informed view of Islam within the UK, thus making life for the average British Muslim that little bit tougher than it currently is.

Essentially, The Big Questions is way off the mark and frankly, as entertaining as it is, I find the show pointless. Instead, I suggest local members of different ethnic and social groups in the same geographical area to come together and ask questions on the local agenda, in the hope of improving the neighbourhood. They could communally develop strategies on how people with alternative viewpoints can be tolerant (and desirably accepting) of each other, possibly through free education in local schools or group activities in village halls instead of paying for these inadequate debates. This would obviously not be as entertaining; so sadly I feel like The Big Questions may come back for another series and continue to be as divisive as it ever was.