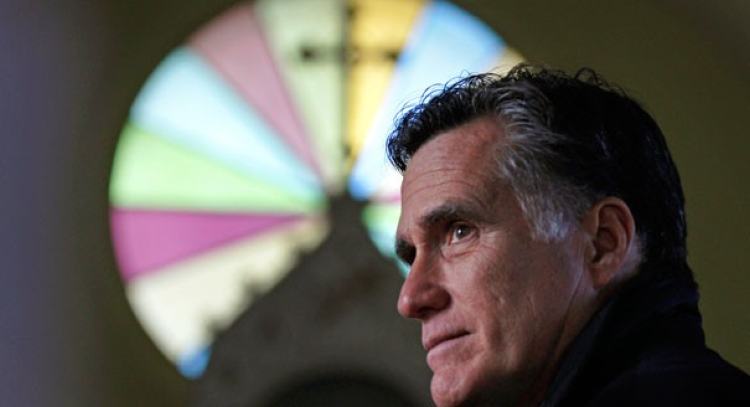 Featured image: US presidential candidate Mitt Romney bases his morals on the Mormon teachings. But is there a reason he keeps it away from his election campaign?

Morality is a concept often referred to but commonly misused or misunderstood. It is frequently seen as something that can be demystified into something objective; by others, a set of personal beliefs, whether spiritually based or not, that define an individual’s understanding of the world, regardless of what others think. How can morality be obtained? Good question. But it may never be answered. A better, more-pragmatic question is: can we derive it from exploitative religious institutions?

The Church of Jesus Christ of Latter-day Saints, commonly known as the Mormon Church, is like most other Christian religions in that it bases its teachings on those of Jesus Christ and his father. Contrary to what other Christian sects believe, though, ‘The Trinity’ is actually three separate beings, united in purpose rather than constitutively being part of one whole.

Its followers also believe that the ecclesiastical power and authority to act in the name of God was lost from the Earth when Christ’s apostles were killed, necessitating a Restoration. This occurred in the early 19th Century through a vision of a teenage boy, Joseph Smith, believed to be a modern-day prophet to help guide the people to the correct moral path.


Joseph Smith: 'Owing to the many reports which have been put in circulation by evil-disposed and designing persons, in relation to the rise and progress of The Church of Jesus Christ of Latter-day Saints, all of which have been designed by the authors thereof to militate against its character as a Church and its progress in the world—I have been induced to write this history, to disabuse the public mind, and put all inquirers after truth in possession of the facts, as they have transpired, in relation both to myself and the Church, so far as I have such facts in my possession.'

Morality in Mormonism is something essentially taught and understood through a common belief system shared among its followers. Though the emphasis is placed on a personal connection with God, much of Mormon culture revolves around the family, the community and a shared strength that many rely on when their personal faith is found to be lacking, giving them hope through support. Young children are instructed from birth. Converts are taught through discussions. All are baptised and welcomed as members of the Church and followers of Christ, should they so choose it.

‘Choice’ is paramount in all of this. Indeed, a common phrase you hear among Mormons is: ‘What would Jesus do?’ This acts as a means of redirecting an individual’s own conduct to coincide with the group’s moral viewpoint. One of the criticisms of Mormonism and, indeed, religious institutions as a whole, then, is that emotional pressure is subtlety imposed on individuals to fit into collectives. The common sentiment continually repeated within Mormon meetings is that we are the subject and result of our own ‘choices’ and, then, essentially slaves to the consequences that follow—the latter being something we cannot directly influence. In fact, in addition to the ten commandments, they follow the Word of Wisdom, which is a set of guidelines which promote health and avoidance of being under the influence of drugs, alcohol, and anything that could affect your ability to make a clear and proper decision and lead to negative consequences. Mormons are told that adherence to the rules/advice/commandment of the church frees them from the burden of making ill-informed choices, making them freer from suffering and pain.

But I come back to my initial questions and ask: is one person’s morality the same as someone else’s? Should one person’s views—namely Joseph Smith’s—be used as a framework for a common, prescribed morality that provides only a single means by which an individual can be truly moral? Are we puppets who blindly follow what others say and do and weak individuals who cannot discover and develop our own moral truths? The Mormon Church seems to think so.

The morality offered by Mormonism is not moral at all. But nor is this true of any other religion that threatens its people with hell, damnation, or being a second-class person if they disagree. Should a homosexual, a smoker, drinker or someone that swears necessarily be seen as a greater sinner than a people of a church who illegally practised polygamy in the 1800s, was officially racist between 1976—1978 until it offered equal opportunities to blacks, and quite happily accepts homosexuals into the church as long as they live a life of solitude devoid of partnership and temporal happiness? Intuitively, this selective, fear-driven morality seems suspect and a lot more coercive than your average person trying to make their way through life, growing and developing through making mistakes and learning from them what moral ought to look like accordingly.

Does this mean that Mormonism and other religions do not have a beneficial role to play? Not at all. There is a positive societal aspect to religious institutions in that they do form cohesive, mutually supportive units within which people feel identified, protected, and unified. However, a group morality is potentially dangerous because it can lead to fanaticism—as has been true of every major world religion—exemplified by the Mountain Meadows Massacre, in which the so-called Nauvoo legion, comprising Mormons, attacked and killed innocent civilians for their own gain.

Ultimately, one should never stop questioning their morality. A thinking, questioning, and openly secular society is surely a better one than a puppet-like nation of willing followers who believe the absolutism of Mormonism or any other divinely led dictatorship. In rejecting individuality through subjugation to a religious regime one loses their own reasoning powers. This can’t be an environment in which a morality, as constituted in an intelligent, caring species, can thrive in.