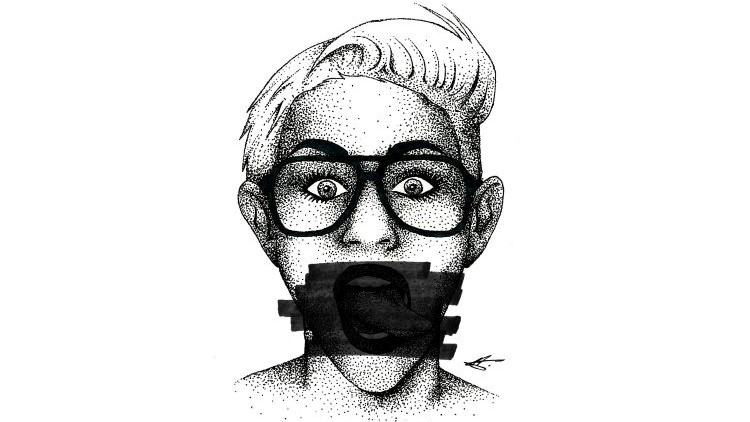 The right to freely express oneself is a pillar of modern society. There still, however, appears to be a fine line between putting forward an opinion and insulting someone. This is because insults are subjective in nature. Meanwhile, people’s different perspectives can put them at odds with each other and words can be taken differently depending on the context.

Recently religious groups campaigned alongside secular groups, such as the NSS, to call for an amendment of Section 5 of the Public Order Act, which deemed the use of ‘offensive’ remarks illegal. They wanted ‘insulting’ to be removed. In light of an amendment at the start of this year, prior to which a student was arrested for calling a horse ‘gay’, grey areas, however, still remain. 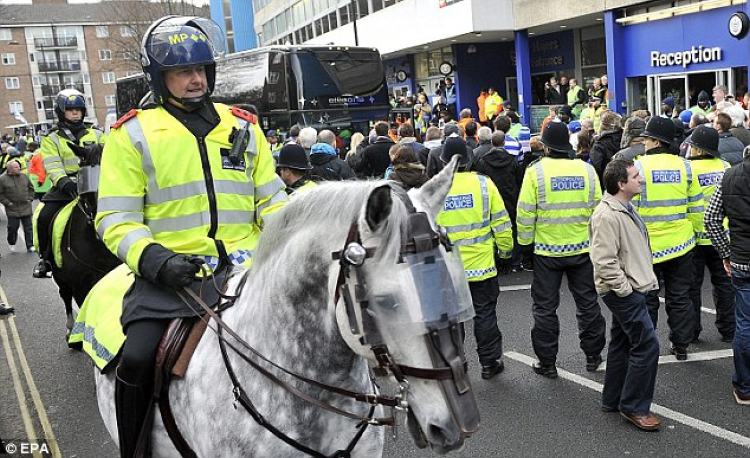 The implications of using the term 'gay' depend on the context, but is it a right to use that phrase freely, or does it spread negative connotations of the word?

Ben Howarth (BH) and I (JCR) recently engaged in a few debates around the topic.

A couple of news stories in particular provoked us into deep thought: the first piece concerned feminism and Miley Cyrus’s ‘twerking’ and the second piece delved into perceived discrimination against certain religious groups. Debates ensued, with both of us putting forward our cases, and I have turned them into two articles respectively. This is Part 1.

I personally agree with the author of the first piece that the performance of Miley Cyrus alongside Robin Thicke tainted the feminist image and agitated the deep-rooted sexism we see on a daily basis. Clearly, the aim of the show was to be sexually provocative in order to gain public attention. That in itself, I feel, is potentially irresponsible: with such a huge audience you have to accept that many people will be influenced by the messages of your performance, whatever they are. The themes of the performance were dubious, at beast, as a woman was pursued around a stage by a man whilst they both sung a suspiciously ‘rapey’ song, whilst there was evidence of commodification of black people in some of Cyrus’ actions. (Granted, these kinds of antics on stage aren’t unprecedented in pop culture.) 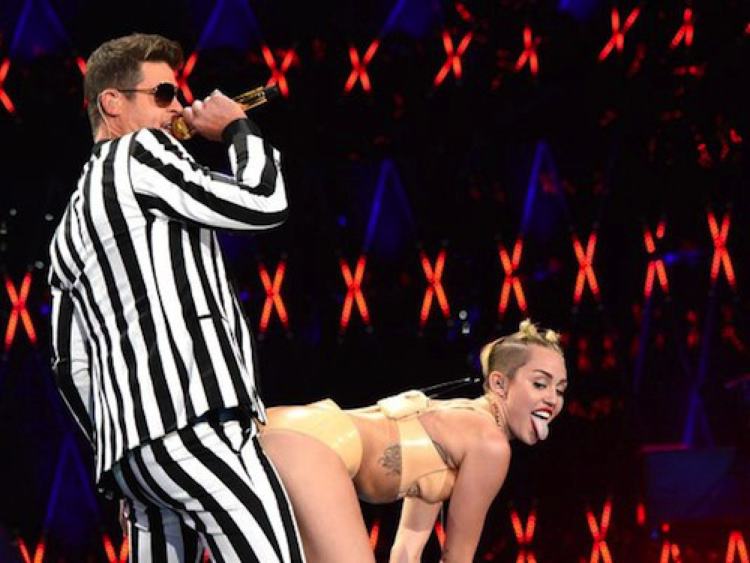 Was Miley Cyrus' performance a happy expression of sexual freedom or was she under uncomfortable pressure? Did the performance exacerbate public attitudes towards women by legitimising certain actions or are such attitudes the sole responsibilities of the individuals who hold them?

Ben disagreed with my premise that the song was ‘a bit rapey’.

BH: ‘The lyrics (‘You’re a good girl. I know you want it.’) are clearly being spoken about out of context here. Context is everything. Johnny Cash wasn’t promoting murder when he wrote ‘Shot a Man in Reno’ either.’

JCR: ‘But it’s only partly out of context: this song was always destined to be played in clubs, where it might inspire the uptake of certain attitudes. He surely knew that. I don’t think Johnny Cash ever intended to incite murder nor did he ever write those lyrics sincerely.’

BH: ‘I don’t understand why the fact the song might be played in clubs changes the fundamental context of those lyrics. They’re part of his music, which is his art. They should be understood as being just that. He (Thicke) is not promoting rape; he’s just creatively describing a situation. Even if he was, he should be allowed to because of free speech, I think—as horrible as that would be.’

JCR: ‘But this “art” has a habit of women being underdressed and dancing provocatively in a sexual context. It’s nowhere near the same for men and it’s systematic.

‘And it’s not just music. Clothes brands do it, for example, through their photography. Of course, it doesn’t stop there.’

For once a man poses in the same vein as a woman model.

BH: ‘I think it’s an interesting thing to compare male and female photography. But I also think that it misses the point of why certain photography is used. Men and women find different things attractive or appealing. Equality isn’t about making both sexes act the same.

‘On music, I still think it should be taken as a form of art. I do agree with you in that there are far more underdressed women in music videos than men—it’s pretty hard to argue against that.’

JCR: ‘Yeah, music is meant to be a form of art; but when sales are the primary objective and you are selling to a patriarchal society that doesn’t address sexism properly, ignorance leads to inequality. There needs to be more accountability.’

BH: ‘I don’t think singing about rape has, or ever will, encourage actual rape in the same way singing about murder doesn’t promote real murder. Music is an artistic expression and if you think it’s real, then you’re naive. Artists have absolutely no responsibility to be wary about people misinterpreting their work. If I sing a song and you misinterpret what I’m saying, then that’s your fault, not mine.’

JCR: ‘The problem for me isn’t that musicians and artists alike wilfully promote rape or anything else terrible; rather, it’s that they implicitly legitimise these things and cause people to not care or act in the right way (e.g. with respect to rape culture and gender inequality). They do this in a mainstream setting when they have power to do otherwise. These people are role models; they are in positions to incite changes in attitudes with major, positive influence. When a problem is systemic they often not only do nothing to tackle the problem but can even be complicit. They have to be sure they are morally in the right. Look at Justin Bieber’s mum, Pattie Mallette. 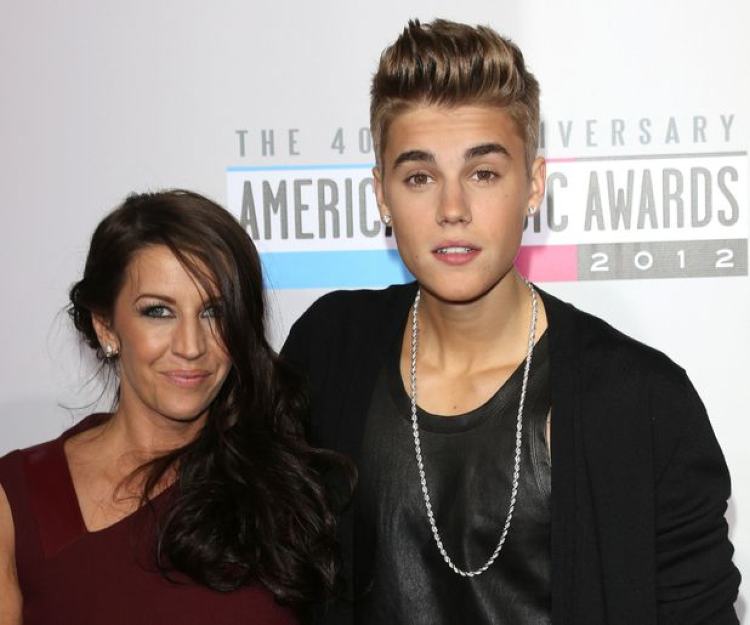 A position in the limelight entails extra responsibility. Pattie Mallette uses her advantaged position of fame to push her pro-life agenda onto young girls. While she thinks she's doing good, I don't think she is at all.

BH: ‘I think that’s a completely different issue. Justin Bieber’s mum isn’t producing art. She’s not addressing an issue in an artistic or creative way. I think that you have a responsibility to act carefully if you’re in the public eye. This doesn’t apply to art.’

JCR: ‘I don’t think Robin Thicke and Miley, etc., come under the bracket of genuine artistic expression either: their art is pop music, let’s not forget that. Their priority is to sell and spread their songs and their messages around the globe in pursuit of fame. I don’t think I’m being that cynical.’

BH: ‘Which artist doesn’t want to sell, spread their songs, and be famous? Pop music is still art. The Beatles played pop music. As for Miley Cyrus, she hardly committed a crime; she did a bit of grinding. If you think your kids are going to pick up bad habits because they idolise her, how about you do some parenting and teach them better. People should take more responsibility instead of blaming pop songs. I just think it’s weak, lazy, and dumb to blame art for such serious issues when there are so many other more-responsible reasons to cite.’

JCR: ‘The vital nuance here is that record companies and their ‘stars’ are exploiting sexually provocative themes in order to augment sales through lyrics and videos; these themes do not form parts of sincere artistic expression and they should be held accountable for them. With regards to parenting, I think even the best parents will really struggle to stop their ‘Belieber’ daughters from idolising Justin Bieber and respecting his every word.’

BH: ‘It’s absolutely artistic expression. The Sopranos exploited Italian-American stereotypes to augment sales and views of their TV show. Touchstone used sexually provocative themes to make Julia Roberts in Pretty Woman more attractive to their audience. A lot of artists use dark or sexual themes to try and generate attention to their art.’

So there we have it. If you’ve got this far, I thank you and I hope you found it interesting. Do let us know your own views. Ben and I both feel education and awareness form a core part of any potential solution when it comes to sexism. However, we disagree on the extent of the problem and on how attitudes should be changed.