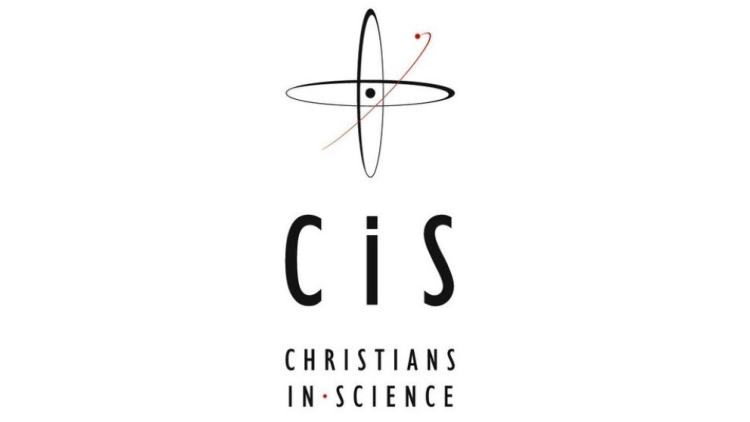 Featured image: Christians in Science (CiS) put on talks from scientists on religious topics. As a scientist interested in religion, I decided to attend some.

Allow me to introduce to you a society that I’ve become affiliated with this year in Manchester: Christians in Science (CiS). The group attempts to guide Faith with the reason of science. A fairly popular society, CiS has a network of operations dispersed around the country and is privately funded. It provides a platform for talks and Q&As with professional scientists who usually maintain Faith in the Christian God. The experience has enabled me to empathise and engage with proponents of religion in an intelligent and constructive manner, albeit not to my complete approval. (There’s also complimentary food and drink!)

I stumbled upon the group one day whilst having an online browse in deep procrastination. I had the urge to look for organisations that provided an outlet for my thoughts on religion—something I hold a deep passion for yet never really had the chance to pursue. The search result was alluring yet deceiving: ‘The Manchester Science and Philosophy group’—‘alluring’ because here are two deep-thinking subjects that analyse the fundamental; ‘deceiving’ because this group assumes a Christian trajectory in the motives of them both by synthesising them into one group.

Through scientific methodology we can attest the claims of the Bible while philosophers can scrutinise their ethical and metaphysical integrity. By presupposing the answers to our questions Christians cause the debate to become self-fulfilling. Unlike a single, predefined theology, science and philosophy, which, historically, are one and the same, have no dogma—no prior bias, rituals, or rigid scripture—at their origins, for they are mere tools of knowledge discovery.

In the cosmopolitan, vibrant city of Manchester, you’d think that something would have popped up before CiS—especially because the most-populous university in the country is located smack-bang in the middle of it (students love a debate). But my searches have yielded barren results. Yet CiS is one of vast amounts of religious groups. Conversely, there are few organisations that are centred on free-thinking, rational enquiry. I imagine that many atheists encounter this problem in their respective communities in virtue of being scattered geographically and their diverse views being unbounded by a single, unifying ideology. Where do the atheist diaspora come together?

Years of developing strong-minded views on politics, religion, and an array of current affairs, I thought I had been relieved of my disparity when I unearthed this society. Not only did they seem to transcend science into philosophy, they tackled issues that can be of my interest as an undergraduate physicist.

But quickly I noticed flaws in their scientific claims during their talks—well, the claims that concern Physics. Yet heads will bobble in agreement throughout the room to the same frequency as the speaker regardless of what their qualifications are on the subject. It’s like the audience’s minds are tired of battling between their logic and their Faith. The speaker tranquilises the struggle with something; and because they have some eminence, the audience will be satisfied no matter the intellectual integrity of what was said.

In my opinion, interpreting ‘God’s word’ is one thing; misconstruing the teachings of Science with the bias of God is another. If science is just a compass for religion, then our questions becomes blinded. While religion asks ‘why?’, science studies ‘what’ and remais content with the emptiness of the unknown should that be the depressing but glaringly obvious answer. Each to their own. But whilst Christians are able to comprehend scripture and the word of Jesus, the rational parts of their brains will put them into an unsettling state if constant dissonance.

That doesn’t mean it can’t be beautiful. You only have to gaze at the stars or peer into a microscope to appreciate that. I sense that religious people appreciate this too; but they attribute this beauty to God. But sometimes I think the imagination can be more beautiful; so why didn’t God make Nature more beautiful? 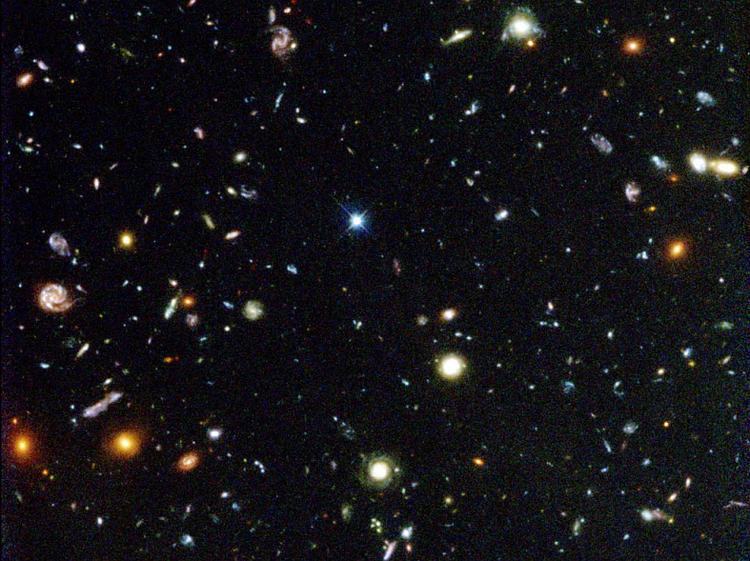 One of the Hubble Deep Fields.

The itinerary of one of these events usually begins with casual chats and drinking hot beverages from the café the event is being held in. It’s rather pleasant. Then a 30-minute talk initiates, culminating in questions from the audience. The majority of the audience consists of older Christians, bar a few (mainly Christian students of science), whilst there are few people present, like me, who may provide counterarguments against the Bible’s rigid word. I really enjoy it. The occasional input from the organisers can be rather annoying though as they promote God each time when the listeners could be encouraged to think for themselves. I save my questions for the speaker until the end. This way I can challenge them more and receive response which is more in depth.

I will analyse the events I attended during the last academic year. Expect my first analysis soon. The event was all the way back in December and it attempted to apply scientific analysis to the story of The Star of Bethlehem (the star that allegedly guided the Three Wise Men to the new born baby Jesus). The speaker tried attributing it to a purely scientific matter in contrast to an outright miracle, as previously contended. However, this was clearly a parade of some sort, for the ultimate goal seemed to be to provide a version of events which was more believable in the context of the Bible. This was interesting to say the least …