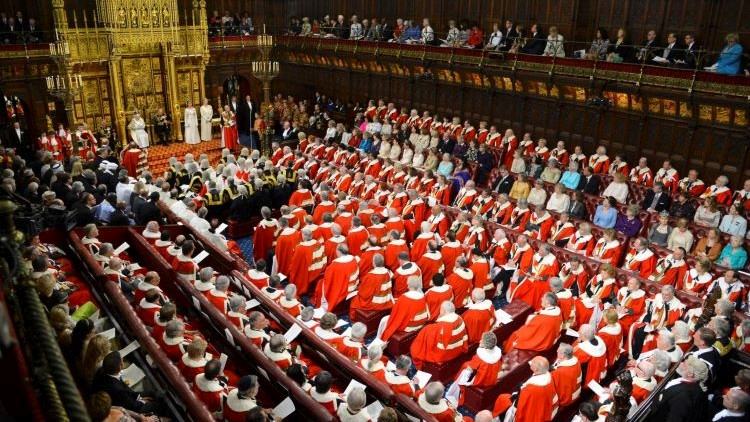 Featured image: The House of Lords. No one is democratically elected to be there.

Here we are. We’re in the 21st century and, still, politicians are doing their utmost to ensure society can’t attain a fair, democratic political institution to represent it in the House of Lords. A proposal for reformation of the House of Lords is underway, as promised in 2010. However, although this attempt at an overhaul is a step in the right direction, it is simply not progressive enough.

The proposal is for lords to be predominantly elected by the people. Hereditary seats would be discontinued. But, for some unknown reason, bishops would retain their automatic seats. These seats were gifted to them by politicians who are scared of upsetting a religious establishment, the Church of England, which should have been separated from the state anyway.

To give the Government some credit, we were asked our opinion on an elected House of Lords in 2010. What was unfortunately lacking, however, was even the slightest amount of scrutiny as to why bishops deserve powerful political seats in the first place, regardless of political awareness and social conscious they might have to individually possess. It’s great that 80 % of the house will potentially be elected but why can’t it be 100 %? And why should appointed Lords necessarily be bishops?

Here are our views: YouGov poll on UK constitutional changes.

Lo and behold, we want to elect our Parliament.

Yet the Government decides on the direction! It completely mystifies me and I can’t help but feel a sense of resentment rise inside me. Reformation should start with the public and end with governmental authorisation.

Sadly, there appears to be a rush to approve this imperfect reformation because of other political priorities. Moreover, it has been argued that such changes will undermine the House of Commons. But surely we can iron out these minor kinks?