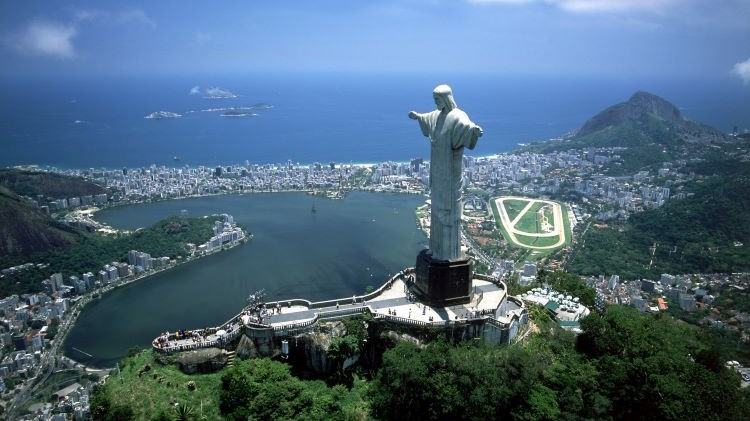 Brazil has the greatest number of Catholics in the world: a staggering 80 % of the nation finds salvation in the ancient Roman establishment. The question is: how Catholic are the Brazilian people, really?

Since the Portuguese Conquistadors arrived on Latin America’s golden shores in the year 1500, claiming Brazil in the name of the Portuguese Crown and Empire, Catholicism has been a large part of life in Brazil. (Unfortunately, the Conquistadors didn’t refrain from exterminating or forcefully converting natives.) Thus Catholicism still remains profoundly deep-rooted in the lives of 1.5 million Brazilians. You see it everywhere: paintings and statuettes of Jesus or the Virgin Mary are commonplace in Brazilian homes. There’s a huge statue of Christ (‘The Redeemer’) looking over Rio de Janeiro.

I felt quite daunted at the prospect of anyone asking me about my religion with the stony eyes of The Redeemer glaring down at me. I worried that, as Catholicism seemed such a staple part of life in that country, people simply expressing a lack of belief in any deity would be considered ‘offensive’, something which is obviously not ideal when you’re trying to make new friends on the other side of the world. My current partner—a native to Brazil—knows about my atheism but I’ve made a point of not engaging in any conversations about religion for fear of touching a nerve in a man who has been surrounded by Catholicism his entire life.

I should have realised after my first five minutes in Brazil that things aren’t like this, though. The people there usually conform to their stereotype—although that isn’t necessarily a bad thing. They are warm, friendly, and accepting of all sorts of diversity (oh, unless you’re homosexual—that’s a bit of a tough one). As much as atheism may be considered as being ‘against the norm’, it will be politely respected. But this tolerance is given on the condition that you, in turn, respect their beliefs. This is the one part I find difficult. While I will respect anyone’s right to a belief, for myself and many other critics of religion, it can be almost impossible to respect the belief itself. Open criticism of religion, even in a purely objective manner, will not be considered polite or part of friendly conversation. But if you just keep your mouth shut and manage to restrain yourself from telling them that their dear old Pope is a bit of a bigot, an atheist can quite happily get along with a Brazilian Catholic.

What interests me, though, is the way the general population considers themselves as Catholics whilst quite blatantly ignoring some of the central points of the Catholic doctrine. Specifically, Brazilians tend to disregard the many guilty hang-ups about human sexuality that the Catholic Church wants to impose upon its members. Condoms and lubricants are openly sold in pharmacies, the contraceptive pill is free, and the majority of people will use contraception and indulge in pre-marital sex without a second thought towards what the Vatican dictates; yet they still define themselves as Catholic. Moreover, many of the poorest inhabitants of Brazil, living in the favelas (Brazilian shanty towns), consider themselves highly religious, where there is a high incidence of unwed teenage pregnancy without any religious objections. Yet abortion is very strongly condemned, with it being very difficult to obtain one legally and with doctors being excommunicated from their local churches for performing such procedures.

In light of all this, it could be said that, despite the strong and deeply ingrained Catholic culture prevalent in much of Brazil, the Brazilian people have the cunning ability to adapt Catholicism to fit their lifestyles and choices whilst simultaneously defining themselves as Catholic. Regardless of the dogmas they pick and choose to follow or disregard, the Catholic Church won’t update itself any time soon. And so the responsibility has fallen upon its followers.