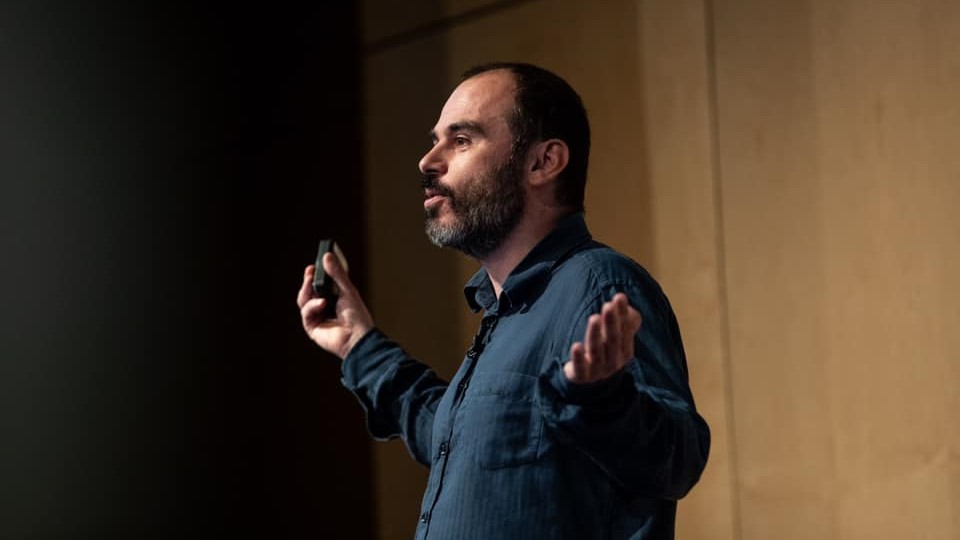 It is with great pleasure that we bring to you our interview with illustrious philosopher Constantine Sandis. Constantine is a professor at the University of Hertfordshire. He has produced numerous publications spanning various topics across the philosophy of action and ethics. He even has a Wikipedia page.

Now it’s time to get to know the man himself—and, hopefully, the cats.

Hi, Constantine. How are you?

‘I’m doing well, thanks. Like most people, I find myself utterly exhausted at the moment. But I can’t complain.’

‘Hugo, the youngest one, is running around the house like crazy. He woke me up at 6 am this morning. In fact, he’s the only friend I know who isn’t exhausted. The other four cats are sleeping.’

Relatable. When my cat isn’t sleeping she’s waking me up or, to my enervation, inspiring me to write about her.

So are you ready for our Ten Questions?

Question 2: You have a poster of a philosopher in your room. They are your hero. Who is it?

‘Patti Smith. She’s a philosopher, right? Actually, we have portraits of Kant and Wittgenstein in the house, painted by my partner.’

Question 3: An alien visits Earth. As a parting gift you give them the three greatest texts of philosophy to read on the way home. What are they?

Question 4: As you hand over the texts you explain to them what philosophy is in one sentence, hoping not to confuse them. What do you say?

‘It’s trying to make sense of things, where this is understood as a distinct activity from obtaining knowledge of any kind.’

Question 5: Who do you think the most-underrated philosopher is?

Question 6: When do your best ideas come to you? In the shower, looking at blue sky … ?

Question 7: What fictional character do you identify with most?

‘Oh gosh. Probably one of the really self-conscious ones in Henry James’ novels. I’d like to think I’m Fleda Vetch but in reality I’m probably more like John Marcher, with hints of Steven Gonville Toast.’

Question 9: And your desert island disc?

‘Probably Bob Dylan’s ‘Lily, Rosemary and the Jack of Hearts’. There’s enough going on there to keep me occupied for a while.’

Question 10: You’re being forced to start university as an undergraduate student again. What are you going to study? It can’t be philosophy.

Nice choices. But now I have more questions! 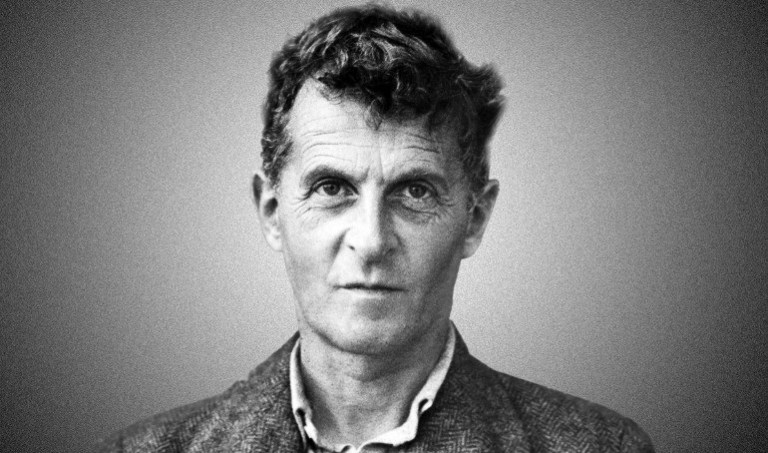 I’m particularly interested in your focus on Wittgenstein and your life in philosophy inspired because of him. What is it that you have found so compelling about his work?

‘His conviction that we often end up in philosophical trouble because we are in the grip of a particular picture—for example, of the mind—and the corollary that philosophical progress is sometimes best achieved by looking at a question from a different perspective. Wittgenstein’s later work is full of wonderful parables and allegories designed to make the reader see things from a different perspective. I believe that his remarks on aspect perception are ultimately fuelled by his thought that philosophical pictures typically involve some form of reification. This stance is partly inspired by Gestalt theory and I see Wittgenstein as one of the great psychologists of philosophy.’

That really is interesting. As a metaphysician I sometimes fear that Wittgenstein’s project undermines my quests. Should I be genuinely concerned? For example, in language do we create our own puzzles and conceptually engineer toys as solutions?

‘Ha! I’m not against everything that goes by the name of metaphysics. I think Aristotelian, Collingwoodian, and Strawsonian ‘descriptive’ metaphysics are by and large innocuous. And my favourite living philosopher, Jennifer Hornsby, takes herself to be engaged in things like the metaphysics of agency and action.

‘That said, I do think that all philosophers—and Wittgensteinians are certainly not exempt from this—are at risk of a kind of bewitchment or enchantment which leads them to think that there is a real metaphysical question with an objective solution out there that can in principle be reached so long as we think hard and clear about the matter.

‘I find it more valuable to think of philosophical disputes as a clash of values. Philosophers famously fight over their understandings of things like free will, justice, or consciousness. But in so doing they introduce a lot of technical definitions of the things in question. Under the surface, what is really going on is that each philosopher thinks that their notion is more valuable for one reason or another. This runs the danger of becoming fixated by a particular way of seeing things, which is what I think Wittgenstein is trying to battle against. But I’m not one of these Wittgensteinians who thinks that we should disrespectfully dismiss all metaphysics as silly.’

Good! Also, how does Wittgenstein feel about having to share a house with Kant? The paintings …

‘Louise painted both the Kant and Wittgenstein portraits in our house and the latter is going to feature as the cover of a volume of my essays on Wittgenstein coming out with Anthem.

‘When we first met, I was working quite a lot on Hume and I think she was relieved to discover that I was far more Wittgensteinian than Humean. Arguably the real philosophical tension between us lies in ethical theory. Officially, she’s quite Kantian and I’m pretty particularist. In everyday life, however, these roles are reversed—or so I like to tell myself.’

So what are you currently researching?

‘I’m currently in the final year of co-writing a book on gender with my colleague Danièle Moyal-Sharrock. Its working title is Real Gender: A Cis Defence of Trans Realities. In some ways it’s a far cry from anything I’ve done before. But Danièle and I have a very similar approach to the relation between world, language, and concepts and some of the book is an exploration of gender concepts through that lens. This week I’ve been thinking a lot about the parallels between people with linguistically conservative views on what counts as a ‘real’ man or woman and those with similar views on what counts as ‘real’ milk or sausage or whatever. And in both cases they often want legislation to follow suit.’

How did you get into philosophy: where did it all begin? And when did Wittgenstein’s influence take hold?

‘If I’m being honest with myself, it probably began listening to Iron Maiden songs in the Eighties. Lots of metaphysics and theology in some of those! ‘Infinite Dreams’, ‘The Clairvoyant’ … And in fact my first degree was in Philosophy & Theology. I absolutely hated all of it except Nietzsche and Sartre and then in my third undergraduate year, through a complete fluke, I was assigned Peter Hacker as my tutor for the Philosophy of Mind paper. He was very generous with his time and said I could either have the standard eight tutorials on mind or eight on mind and an extra 4 on action, intention, voluntariness, and so forth. So I owe both my interest in Wittgenstein and in the philosophy of action to Peter. To be honest, I doubt I would have carried on with philosophy at all if it weren’t for that encounter.’

Oh, those are great songs containing great themes. And I think it’s lovely that, like yours, so many people’s passions are owed to their teachers. I hear so many stories like this.

‘Sometimes I say that I teach at university and other times that I co-own the editorial services company Lex Academic. It depends what kind of conversation I’m in the mood for. Recently I’ve been passing as a Dylanologist.’

What do you say to people who doubt philosophy’s impact on the ‘real world’?

‘They wouldn’t be entirely wrong about some aspects of the discipline. But I think it’s pretty awful that philosophy and the humanities more generally are being pushed towards providing evidence for short-term impact because the activities geared towards this actually jeopardise serious long-term impact. A lot of philosophy has had incredible impact in the real world. But it takes time and can’t be forced. For a start, I’d ask those people to look at the world’s ethical and political systems, mathematical and scientific theories, and psychological progress.’

What is your best piece of advice to someone who is thinking about studying philosophy?

‘Don’t do it! Just kidding. I’d probably advise them to be as charitable as possible to any position they are arguing against.’

Thank you, Constantine. I found that fascinating and insightful. I’m sure others will, too. 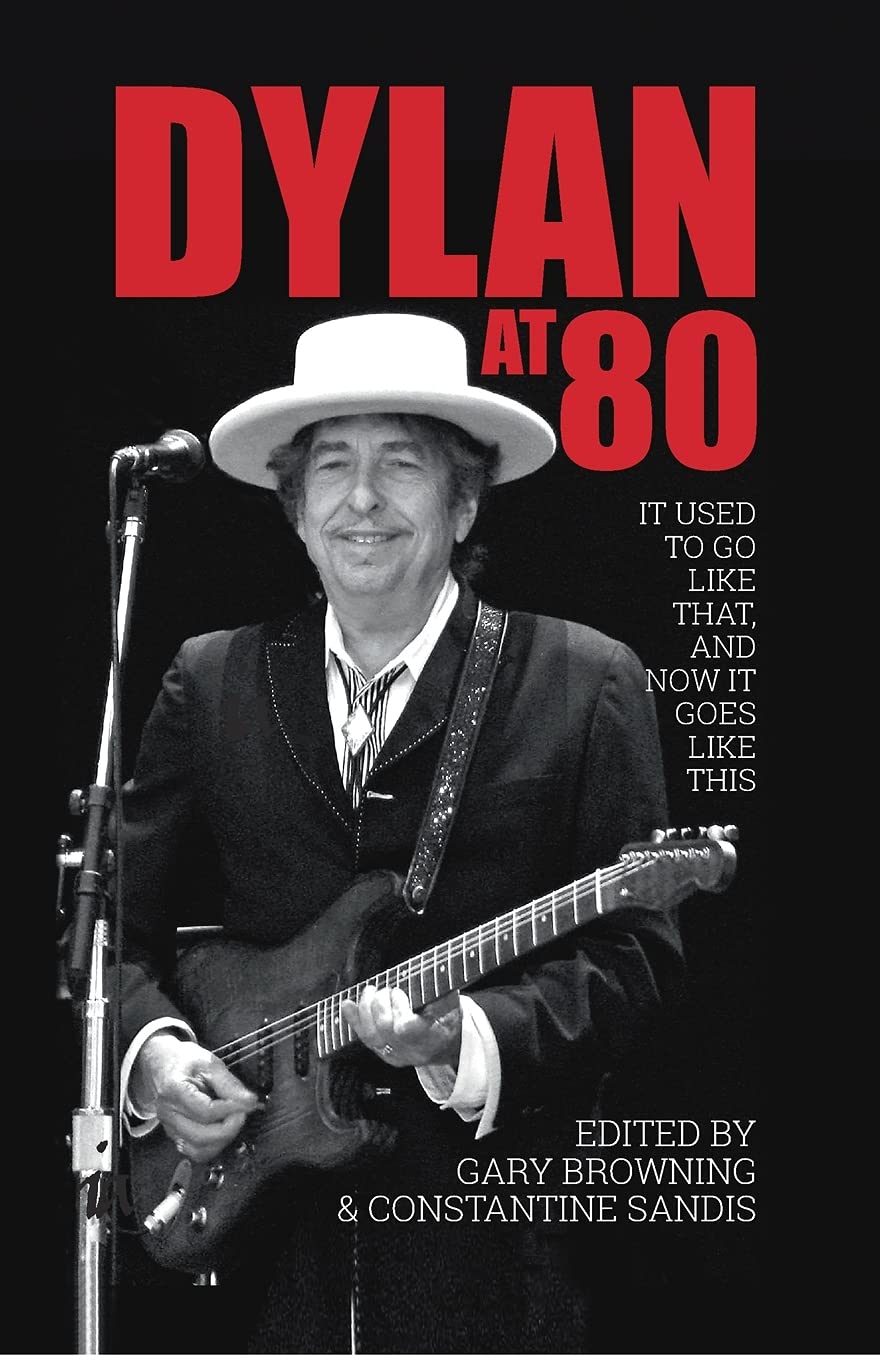